When we analyzed the Nexus One last January, the big news was its Audience voice processor. The Audience chip takes advantage of two microphones (if you’re counting, that’s one more than most cell phones) to cancel out ambient noise. This dramatically improves audio quality in noisy environments, and the Nexus One’s impressive microphone performance has been a major selling point. (The Nexus One’s other selling point is regular Android updates, but it’s probably best to leave that sore point for another time.) The Nexus One design win was a major coup for Audience, and landed their A1026 Voice Processor on the world stage. You can see the Nexus One’s Audience part highlighted in yellow in this image: 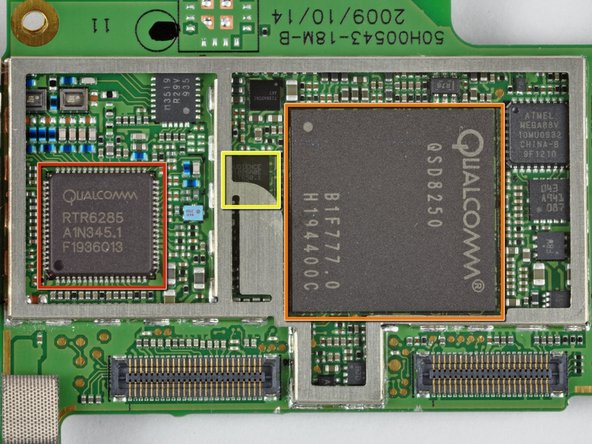 Fast forward to last summer, when our iPhone 4 teardown revealed that the iPhone also had two microphones! At the time, we rather ambiguously reported that it was “used to cut out ambient noise and improve sound quality.” What we didn’t know was whether Apple had invented their voice processor or was licensing third-party technology.

There was one small, 3mm x 3mm chip that we weren’t able to identify during our teardown. It was white-labelled, meaning Apple asked the manufacturer to remove their branding from the package to make it difficult for folks like us to identify. The markings on the chip ’10C0 01S8 0077′ didn’t match any existing part in our database, and we didn’t pursue it further. This part turned up again this February when we got our hands on the Verizon (CDMA) iPhone 4. You can see it here to the right of the A4: 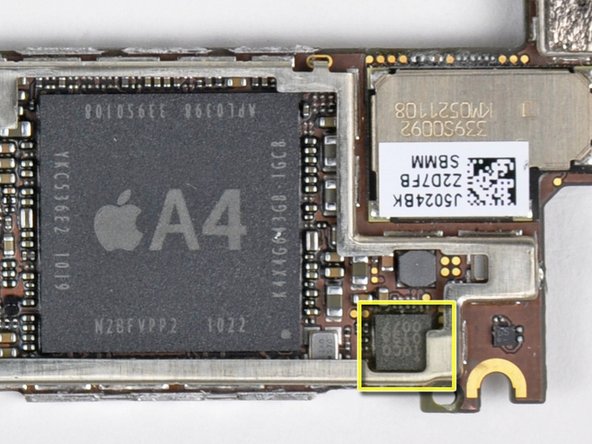 We like mysteries as much as the next guy, so we decided to dig further. Our friends at Chipworks just decapped the chip, and guess what they found? That’s right, an Audience low power audio signal processor. As conclusive proof, here’s the Audience die marking they found inside the chip: 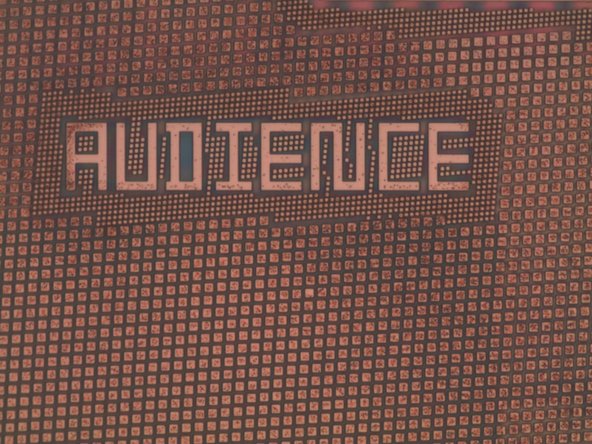 The package has an embedded digital signal processor with accompanying analog front ends. You can see the innards here, courtesy Chipworks: 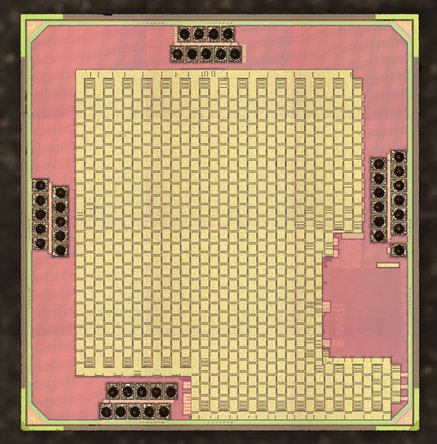 The iPhone’s audio cancellation capabilities are very impressive, outperforming every non-Audience powered cell phone we’ve tried. You can hear the cancellation in action in this test by PocketNow:

This is a huge win for Audience. They’re seeing impressive traction in other smartphones. Going forward, it will be interesting to see if Apple decides to integrate the technology into the A5 (as they have with other subcomponents) or if this relationship with Audience is long-term. Clearly Audience is betting on the latter—and thus far, they’ve shown impressive execution.