Hey, guess what—the updated MacBook Air really does have some new stuff inside! That’s in marked contrast with the “new” iPod Nanos that were released last year, which got us all up in a frenzy over very few changes.

Apple tweaked the SSD form factor and switched to a different flash controller. The new unit is based on a SandForce SATA-III controller chip, but stamped with Toshiba markings. It’s still removable, meaning that folks will be able to upgrade the drive once third-party components become available. While the board bears visual similarities to mSATA, it is not using the same connector.

Unfortunately, the RAM is still not upgradeable. We highly recommend anyone purchasing an Air upgrade to 8 GB at purchase time, because it won’t be possible after the fact. 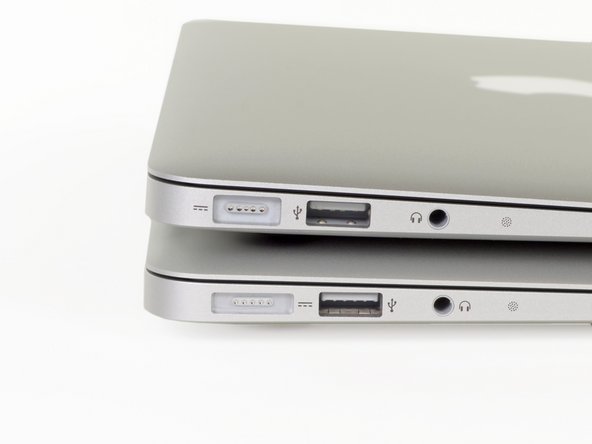 A word to the wise: The new MagSafe 2 connector won’t work with Apple’s currently shipping Cinema displays unless you buy their $10 adapter. Will Apple update the Cinema display, start including an adapter with the display, or force people to remember to buy the extra adapter?

We were expecting that moving to Ivy Bridge would improve battery life, but it looks like Apple decided to push the Core i7 performance envelope and keep battery life the same. We did see internal evidence of power savings, including moving from 1.5 volt SDRAM to Hynix’s lower power DDR3L 1.35v part. 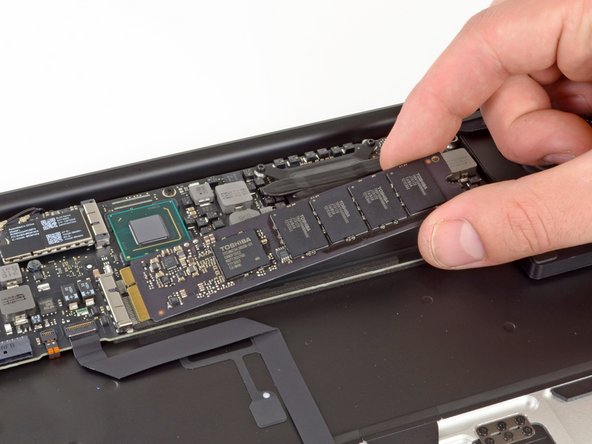 The lack of upgradeability makes this a difficult machine to recommend. Proprietary screws on the case require special pentalobe screwdrivers to perform repairs. The Air’s RAM and SSD are not currently upgradeable, although SSD options may become available in time. While Apple’s continued use of proprietary screws is helping our booming tool sales, it’s bad for consumers and bad for the environment.

We’ll be taking apart the Retina MacBook Pro the moment we get our hands on one. Stay tuned!