An issue concerning the headphone jacks of MacBook Unibody and MacBook Pro Unibody recently surfaced. Several Unibody users reported that the connectivity between the headphone jack and plug was fickle, and that a slight jostle of the cord would disengage the headphones and re-engage the speakers. We wanted to see for ourselves how serious this problem really was—after all, we wouldn’t want your co-workers to find out you like Enya, would we?

We rounded up three different headphones for testing, each representing a different level of quality of both sound and build: the low-end iPod earphones; the mid-end Grado SR-60s; and the high-end Shure SE530. The three choices conveniently represented all three types of ‘phones—earphones, headphones, and in-ear monitors — and various levels of cost, ranging from  $15 original Apple earbuds to $445 Shure SE530s.

For this comparison we also rounded up four representative Apple laptops: MacBook Pro 15″ Unibody; MacBook Unibody; MacBook Pro 17” (non-Unibody); and MacBook Air. The testing was simple—insert each headphone plug into each laptop’s headphone jack until it fits completely (indicated by a distinct “click”); then slowly pull out until the music is transferred to the external speakers. Rinse and repeat several times until the  characteristic of each headphone jack is determined. 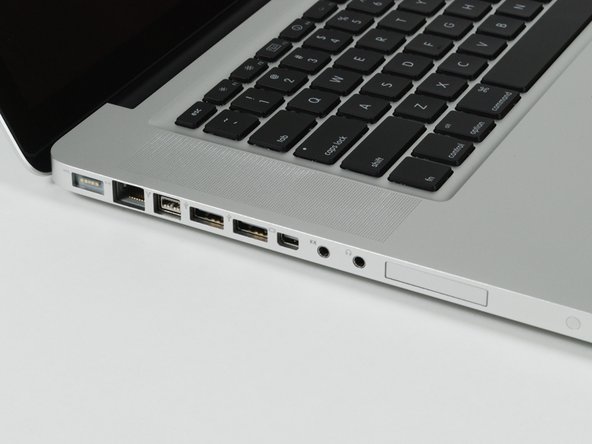 Testing indicated that both Unibody laptops definitely had a problem with prematurely-engaging external speakers, an issue most likely caused by the headphone jacks’ internal designs. Complete insertion of the headphone plug would engage the headphones, as it should. However, a slight (1mm) displacement of the plug would re-engage the external speakers and cut audio to the headphones, regardless of which headphones were used. Interestingly enough, this problem was only evident on the MacBook Unibodies, and did not occur on either the MacBook Pro 17″ or MacBook Air. The headphone plug could be displaced almost twice as much on both machines without any audio-switching problems. There was obviously a threshold where external speakers would be re-engaged, but at that point the plug would be almost completely loose from the jack’s internal holding mechanism that keeps the plug in place.

So what’s a person to do about this problem? Unfortunately there is no DIY solution, such as soldering another headphone jack in place of the “faulty” one. Most users would not want to mess with screwing up their logic board due to an annoying headphone jack. However, there is a fix that seems to take care of the problem—purchasing an iPhone headphone jack adapter that allows for proper fitment of standard headphone plugs. In this case, the cheapest fix is also the best one. But it’s annoying.