Microsoft had a chance to be different. When the software giant launched its own Surface computing devices in 2012, it wasn’t weighed down by other brands’ legacies. The biggest name in PC software might have signaled the future of PC hardware—and it could have been repairable.

That’s not what we got. The first Surface RT was a finicky tablet with a kickstand. Surface devices only got less repairable, reaching their nadir in 2017, when the Surface Pro 5 ditched its last upgradeable component for a 1 out of 10 repairability score, and the Surface Laptop made iFixit PC history: our first zero. Microsoft’s first statement on laptop hardware was, as Sam Goldheart put it, “a Russian nesting doll from Hell,” and “physically impossible to non-destructively open.”

One year later, Microsoft found a way to make repair advocates even angrier. The company helped send Eric Lundgren to prison for 15 months, for the crime of copying and providing system restore discs, the kind that come free with a PC and only work with a verified Windows license. This, while Microsoft was also joining other tech giants in lobbying against the first Right to Repair bills. It seemed clear that preventing e-waste, and empowering repair techs and device owners to fix their stuff, was not a priority.

Since then, the Right to Repair movement has rocketed upward. Bills appeared in 27 states last year, a federal bill was introduced, and both the Biden administration and the FTC (in reports and policy statements) have declared repair an unfair market that needs fixing. Mid-pandemic, Microsoft closed its retail stores, previously their major point of repair contact. The tides kept changing; perhaps Microsoft wanted to swim in a different direction.

It started when Chief Product Officer Panos Panay opened up the Surface Laptop 3 on-stage during a launch event. He took time out of a highly produced and prepared presentation to talk about repairability. The design of the devices became a good deal better, though we thought they still had a ways to go.

Last week Microsoft reached a groundbreaking settlement with shareholders: it committed to studying the environmental impact of making parts and repair information available to shops and individuals, and implement the findings of that study within the next year. Microsoft also pledged to activist shareholder As You Sow to make parts available outside its authorized repair network, and “initiate new mechanisms” to give consumers local repair options. If you’re unfamiliar with the broad concepts of Right to Repair laws, that’s basically it: parts and service manuals, at a fair price, to anybody who needs them.

“Up until now, the major electronics manufacturers had been united in their consumer-hostile approach to forcing customers onto a rapid upgrade cycle. This landmark decision sets Microsoft apart as a thought leader and a company that stands behind their products. Making parts, tools, and information available to their customers is essential for extending product lifespans,” Wiens said. “This will go a long way toward helping Microsoft meet their climate goals, and it’s great news for every single Surface customer.”

That said: We’ll be watching. We applaud Microsoft for taking a significant step for Right to Repair, and we know the repair community will be keeping a close eye on the company to make sure it takes steps to provide better access, for both device owners and repair shops.

Microsoft is an influential company in the tech industry, and getting Surface devices on a sustainable path is a victory. But the larger battle continues. We love that manufacturers are starting to wise up, but these past years have proven they’re moving too slowly. If we continue with piecemeal solutions, we’re bound to be mired in disappointment and buried in e-waste. We need the Right to Repair everywhere. It might seem like an uphill battle, but a repairable future is coming into sight.

Disclosure: iFixit has performed consulting work with Microsoft. Microsoft had no input into the content of this post. 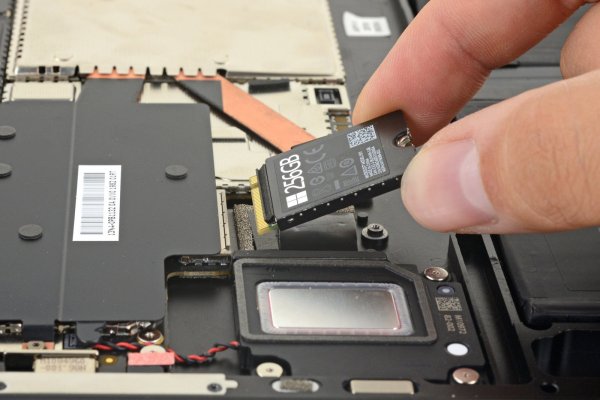 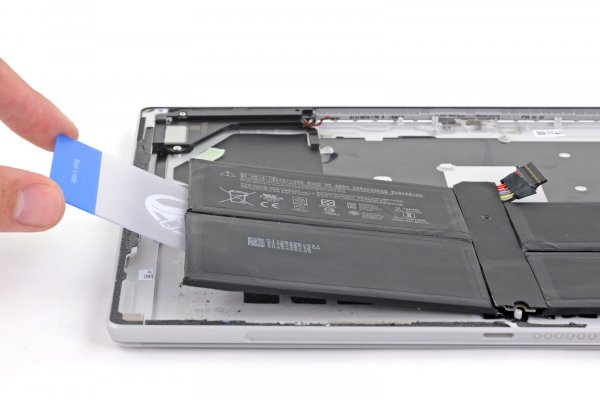 This is such an informative article. Glad that Microsoft made the right decision and not the other way around!

I'm super glad Microsoft is going the right way, especially since they can be a great example for other tech companies alike. We use Dell and Surface hardware at work so I hope we can repair more ourselves and create less e-waste in the future.

Any idea when you’ll get around to seeing if the new surface pro 8 improves on this ethos?

Just got the Surface Laptop Studio and Microsoft says there are no user-serviceable parts inside! It does have a standard M.2 SSD but as consumers we can not upgrade it. A step in the right direction?!?!?!

Microsoft is indeed expanding and innovating, and they can be more than that if they keep it going.