So something finally happened on the cellphone unlocking issue we’ve long discussed here in WIRED. Almost a week ago today, the U.S. House of Representatives passed legislation that could make it legal again. 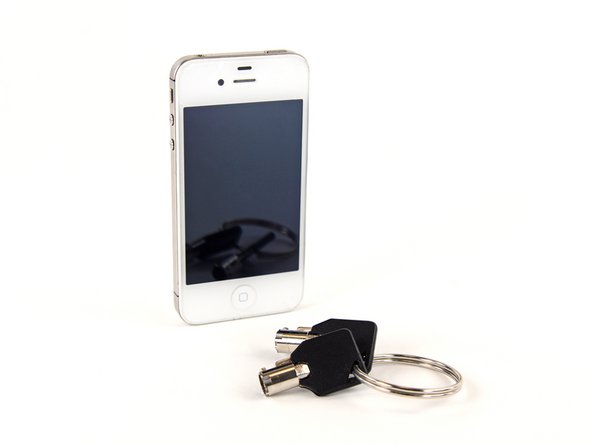 Unfortunately, the resulting Unlocking Consumer Choice and Wireless Competition Act (H.R. 1123) has been so neutered by special interests that consumers would probably be better off if it had not passed at all.

It should have been easy to pass an effective unlocking bill. As an issue, unlocking is like the microwave dinner of political campaigns: prepackaged, components assembled, ready to pop. It had already won the favor of the people, thanks to a grassroots campaign (in which both of us and countless others were involved) that helped bridge “the yawning gulf” between tech and law. The FCC, the White House, digital rights activists, copyright reformers, environmental groups, and consumer rights advocates all stood behind a legislative solution. Democrats and Republicans were on the same side. Even the major telecommunication carriers’ lobbying group, the CTIA, decided to save face with consumers and support an unlocking law.

No one stood in the way of reform — at least not publicly. Behind the scenes, however, it was a whole other story…

Zoe Lofgren (D-CA) had introduced the only legislation that garnered praise from pro-unlocking organizers. Her “Unlocking Technology Act” would have permanently legalized unlocking for tablets, cell phones, and all wireless devices. It provided protections not just for consumers, but also for the developers of unlocking software — the digital “locksmiths” who help consumers regain control of their devices. And most importantly, it corrected the language of the Digital Millenium Copyright Act to clarify Congress’s original intent.

Specifically: Copyright law should be used to prevent piracy, not limit consumer freedoms.

But the bill’s strength was also its downfall, and it was promptly shunted aside for a toothless bill: H.R. 1123, penned by Bob Goodlatte (R-VA). CTIA — Verizon and AT&T’s lobbying group — spent $12.35 million in D.C. in 2012, and they had a seat at the table when Goodlatte drafted and then made last-minute changes to his unlocking legislation.The resulting bill legalizes the act of unlocking without actually making it possible because the tools and services necessary to unlock a phone remain illegal. It only legalizes the unlocking of cell phones — but not of other wireless devices, like tablets. And it reverses the Librarian of Congress’ decision (yes, weirdly that’s who gets to decide on this technology issue) temporarily … until the next time he gets to decide on the matter again.

But We Swallowed the Poison Bill

During the Judiciary Committee review, H.R. 1123 was slightly strengthened. So pro-unlockers decided to support it, convincing themselves that a weak bill was better than no bill. But last-minute changes made behind closed doors changed everything.

At the 23rd hour, Goodlatte added an amendment to the bill that denied legal protections to “bulk unlockers.” His office insisted that such provisions were meant only to deter criminal rings from “bulk unlocking” stolen cell phones. Yet the same bulk unlocking ban also seriously inhibits refurbishers’ abilities to repair and resell used phones. Not to mention that restricting what criminals can do with stolen cell phones is a little like making it illegal to put gas in a stolen car: Sure, it sounds reasonable — but isn’t stealing cars already illegal?

Large refurbishers like Gazelle, BuyBackTech and Cell Phones For Soldiers collect and purchase used cell phones in bulk. They repair them in bulk. And then they put millions of phones back out there, creating a resale market (not to mention new business models and other potential benefits). But they can only do this if phones can be unlocked in bulk. Under Goodlatte’s bill, only individuals have the right to unlock phones.

If the bulk-unlocking ban stands, refurbishers could be forced to scrap working phones or ship them overseas instead of reselling them in the United States. Which hurts the people in the U.S. who can’t afford brand new connected devices and don’t have the option of super-cheap smartphones as people in other countries do (and which power a whole new wave of messaging applications there). Lower-income communities, as has already been pointed out, are “usually priced out of the new phone market.” And for many minorities in America, smartphones are their only access to broadband and high-speed internet.

The passed unlocking legislation is basically great news for manufacturers, who can sell consumers a new phone instead of competing with the secondhand market. But it’s horrible news for consumers (especially if you think beyond the individual implications) as well as for the environment.

The last-minute amendment was so damaging to the reuse market that we pulled our support for a bill we’ve been fighting to get passed for over a year. And we’re not the only ones. The Electronic Frontier Foundation, Public Knowledge, ISRI, the Reuse Alliance, fellow advocate Derek Khanna, and countless others all had major reservations about Goodlatte’s bill in the days leading up to the vote. Silicon Valley lawmakers Zoe Lofgren (D-CA) and Amy Eshoo (D-CA), both early supporters of the bill, also withdrew their support — and many other lawmakers followed suit.

In the end, the bill barely passed the House and now limps on to the Senate.

But one last opportunity remains. Patrick Leahy (D-VT) and his colleagues in the Senate have an opportunity to improve the bill before it becomes law. They need to remove the language on bulk unlocking. And they need to add language to legalize the tools and services that enable consumers and recyclers to unlock their devices — because remember, every device is a connected device now. We don’t “own” our stuff anymore; manufacturers do. And that affects all of us … even those who may not know they need to care about this issue.