Replacement parts for your Xbox One S model to fix your broken device! 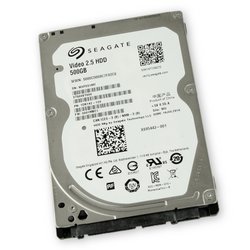 Replace a corrupted or damaged hard drive in an Xbox One S video game console.

The standard Xbox One S ships in white alongside a redesigned Xbox wireless controller. It features a frontside USB 3.0 port, IR blaster, and controller sync button. Connectivity options are similar to the previous model, however the Kinect port has been replaced by a standard USB 3.0 port.