Replacement parts for your Dell Inspiron 13-7352 model to fix your broken computer! 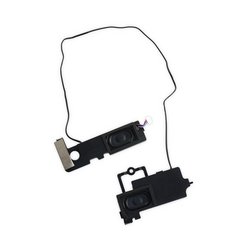 This part is the speaker assembly for the Dell Inspiron 13-7352 laptop.

The Dell Inspiron 13-7352 notebook (also referred to as the Dell Inspiron 13-7000 Special Edition) is a variant of the 13-7000 series that contains a 1TB Hard Drive. This particular model was first introduced in August of 2014. All models in this series can be used as a normal laptop computer as well as a tablet due to the 360 degree rotating hinges installed under the touch screen. The screen’s size is 13.3 inches from corner to corner. The frame around the screen makes the total length 14 inches.