Grab a toolkit for your iPhone X A1865 model and fix your broken phone! 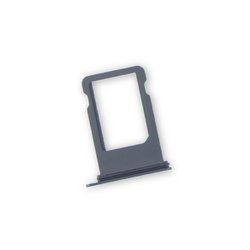 Replace a bent or missing SIM card tray for an iPhone X. This tray holds the nano SIM card and is inserted on the side of the phone.

The iPhone X (as well as the 8 and 8 Plus) was formally announced by Apple on September 12, 2017. New features include a new, almost bezel-less display, a new hexa-core system-on-chip with improved system and graphics performance, a glass back, and wireless charging using the Qi Standard. Additional features include a True Tone display and upgraded cameras.