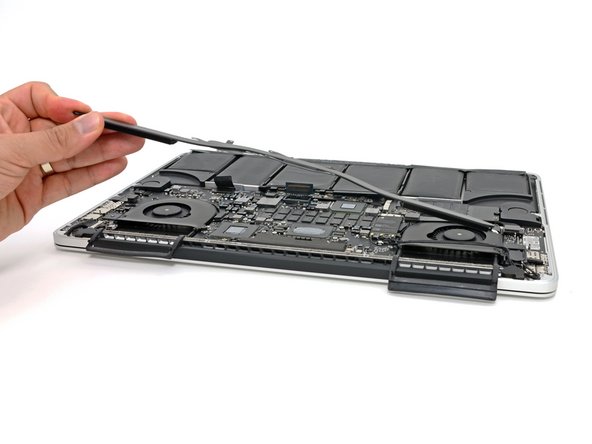 My Macbook Pro Retina 2012 slowed down considerably over time, until the fans would nearly always blow at full power and Intel Power Gadget would show 0.8Ghz. Apple staff offered to "replace the logic board for 1200.-, it will take a week or so.". Heavy 3D would lead to a plain crash after 2min or so.

First attempt was replacing the (badly placed) thermal paste. Got a bit better for CPU but was still flatting out to 0.8Ghz on heavy load (compiling) and crashing on heavy 3D demos.

Second attempt was to replace the heat pipe. That nailed it. Joy!

Don't trust Apple staff in their assessment. Doing the simple thermal stuff (paste / heat pipe) is simple and cheap. 1m before going out of warranty always do some evil benchmarks to make sure your machine is ok. If you want a short maintenance period, do it yourself.