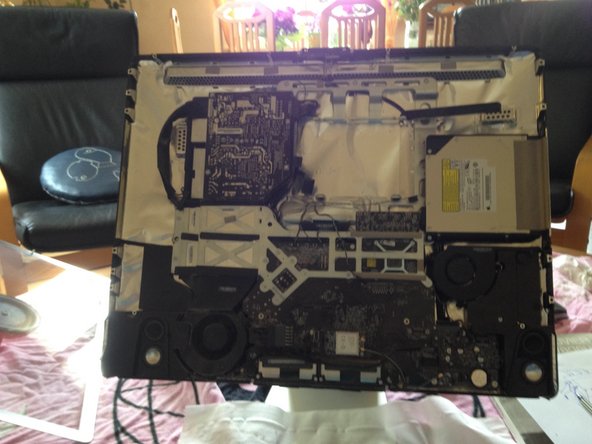 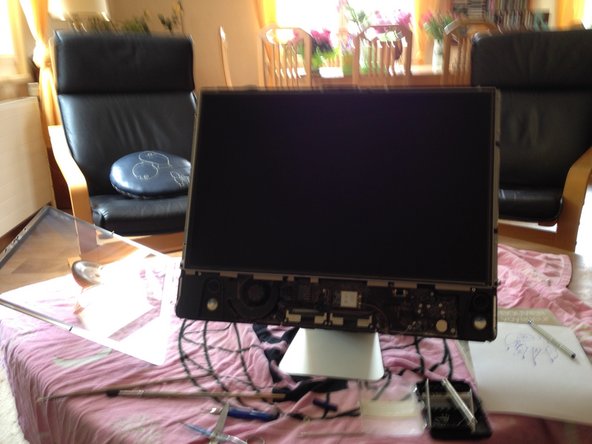 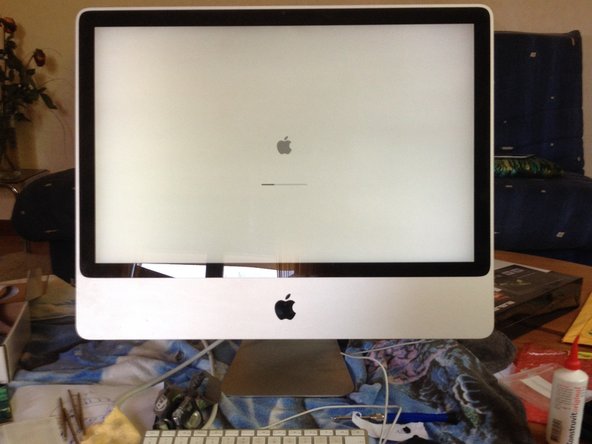 few weeks ago, my brother told me his imac 24" would not switch on.

First thing i did was calling the nearest apple repairshop and the told me pieces for this computer wasn't enable anymore as it was vintage. My brtother was ready to buy a new one when i thougt of Ifixit and searched for a power supply (who was obviously the problem).

i bought the power supply on the fixit shop and 2days later it was at my door (really great service) it took me 3 hours to open, repair and close the Computer as i had fear to break the glass panel but it went well. and then ! TADAAAA ! i clicked the power button and the apple showed up on the screen. it was a victory and it costed me less than 200€ Thanks a lot Ifixit !

to change the power supply, use the tuto for hard drive change , label the box where you put screws and don't remove screws from the aluminum part on the motherboard, that's useless and one of my mistakes who took some times.

Finally, don't FORGET to RECONNECT the screen before reassembling... i had to do it all again.