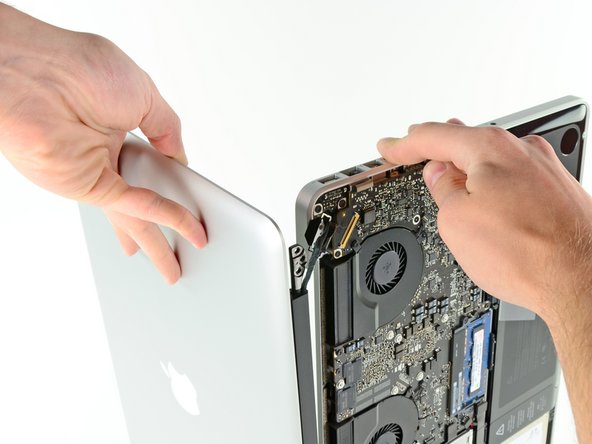 Screen glass, display and top cover damaged due hard object dropping onto my wife's computer when in closed position.

Repair went OK until having to remove cable display data cable retainer from the upper case. The retaining screw could not be removed however hard I tried - the result being that the display could not be removed. Had to resort to breaking the small aluminium bracket to make space for display to be removed. After that changed display and reassembled, less the bracket and one lower case screw which threads into the bracket.

Switched on and to my relief all appeared OK. Closer inspection of the securing screw shows excessive use of thread lock which may have caused the problem. No photos available - camera broken!!

Ensure the highest quality screwdrivers are used and sufficient downward force is applied to ensure screwdriver tip does not slip out of screw head.

Not sure how a repair centre would have coped with this problem.