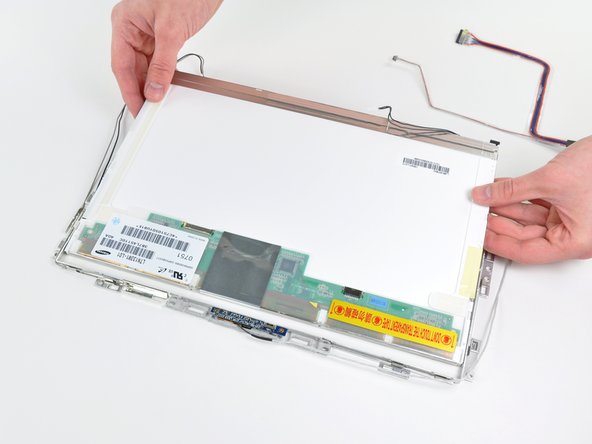 MacBook mid-2007 13" screen cracked when lid pushed too far back. Front display bezel showed signs of wear so decided to replace it at same time.

Parts came on time and safely packed. Printed out guide and followed it religiously. Bought very good small screwdriver set at Home Depot for about $10. Repair successful and fun.

To keep up with screws I used Scotch tape to tape each screw on picture in guide as I removed it. That technique made it very easy to return screws to right place when re-assembling. Recommend not snapping Front Display Bezel into place until everything else installed and screen working. Learned that the hard way. At first attempt I failed to firmly seat backlight cable into connector. So, no lighted screen and had to disassemble to properly seat connector. Wish I hadn't snapped bezel in place until everything working. However, mistake was mine not guide's or iFixIt's. Also, the pieces of yellow tape holding down various wires and ribbon cables were easy to remove put did not stick back down very well. Would like to see iFixIt offer small roll of this tape for purchase. I think it's called Kalon tape.