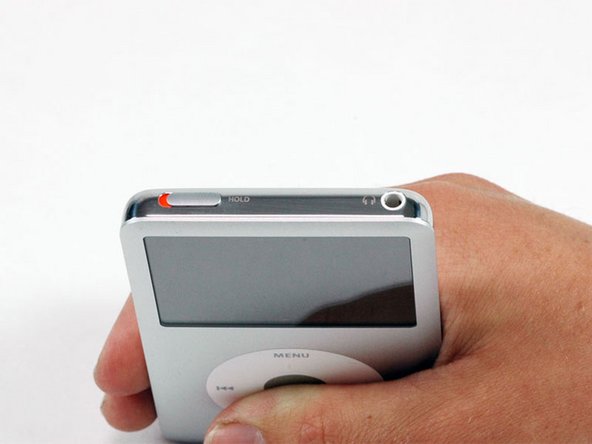 I bought my iPod a few months after Apple announced that they will stop to manufacture this marvelous gadget and the only one available was the stores exhibit. Being stuck at the charger for years the battery held only a few hours instead of at least one day as I was used to by my previous iPod. So I've decided to give it a shot with the battery replacement.

it was quite easy to pop open the iPod. At points it was necessary to force the cutting knives into the gap between iPod cover and back but it was quite ok. Only the top one was not that easy.

I've managed to only bend the top clip and didn't cut any of my fingers.

After opening the iPod I disconnected the hold-switch and headphone jack ribbon and then the battery ribbon and separated the two pieces of the iPod.

Then I started to put the spudgers below the battery and moved it slowly up. I had to be very careful there because the hold-switch ribbon is just below the corner of the battery. But with some patience and slow force it was possible to get the battery out.

Now I've bent the one clip back into a position I thought was the original one and replaced the battery.

Doing this I started from the top to the bottom with very little strength. Pushing the sides closed until I heard the little "click" of the pins moving into position.

Right now I'm listening to some music using my good old iPod with it's new battery. So far everything works just fine.

And using the artwork cutting knives (I've had 3) with a rounded blade did definitely help a lot.