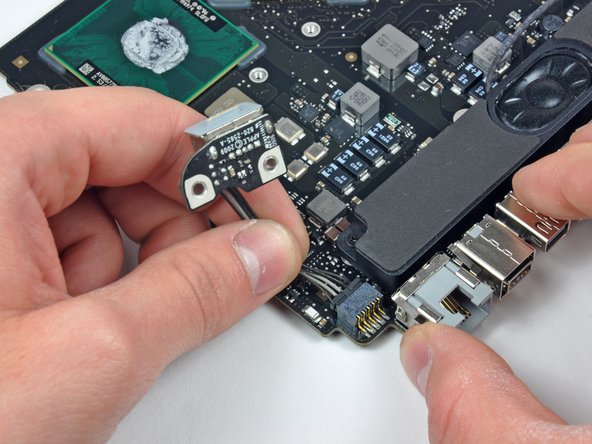 I ordered another logic board, received it, put it in, and still no boot....Until I did the boot up via the 2 points on the board, "jumping the power button...and voilá, she came to life . So I read up on the power switch, integrated in the keyboard, as a possible culprit. I ordered a keyboard, and installed it, which involved removing the logic board and no less than 80 tiny screws to undo and reinstall the new keyboard. That fixed it.

My wife now has a shiny new (to us) machine, a step up from a 2006 to a 2009. Turned out that the old logic board, which I retied with my new keyboard, had a bad keyboard ribbon port. When I tried it with the new ribbon, I had some tiny flame and melt down on that port, melted part of my new ribbon. So I cut it back about 1/16" , since it was frizzled and fried, took a deep breath, and stuck it into my new logic board. Worked, and I am much relieved not to have the 80-screw keyboard job again.

Check the jumper points to check the board