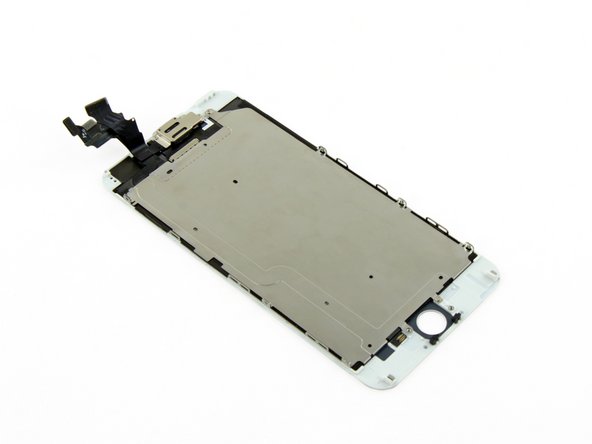 My sister-in-law's screen had a small crack in the corner and I offered to fix it for her. That's when the antics started! I ordered an inexpensive replacement screen and digitizer only from a vendor on eBay and completed the repair by moving the home button, camera, and ear piece parts to the replacement part and completed the repair in record time! That was 3 weeks ago!

My sister-in-law told me this week that she was having sporadic problems with typing/ tapping onto her new screen. As I looked at the last repair, I noticed that the glass has become separated from chassis of the screen/ digitizer. I understand that this is a common problem with iPhone 6 replacement parts because they manufacturers are using inferior glue to hold their parts together! BEWARE!

So, I ordered a new replacement part from iFixit. It was a screen/ digitizer full assembly (not new, but Type A used in excellent condition) where all I would have to move over is the home button assembly.

I completed this repair in record time! The screen/ digitizer full assembly went in like a charm and I was preparing to close-up by testing. The iPhone 6 started up just fine and the touch-screen was working beautifully. Unfortunately, both cameras and the ear piece were not working and the unit was becoming incredibly hot (injury-inducing hot!) near the front camera and light! After reviewing iFixit for the answers to these symptoms, the most common cause of this problem appeared to be a faulty camera cable. This meant that I would have to fiddle with the camera, ear piece, and cables that I wanted to avoid in the first place. Fortunately, I had the original faulty iPhone 6 screen with its functioning camera cable assembly. I also used its ear-piece for good measure. After replacing those parts, the reassembly went well and the iPhone 6 tested perfectly for all functions and no more extreme heat.

Although I was disappointed at the time for receiving what appeared to be a faulty part from iFixit, my personal tenacity and perseverance allowed me to triage the symptoms accurately, identify the most common cause of those combined symptoms and perform an accurate repair of the unit! I was glad to have a spare part available, but I'm certain that iFixit's warranty program would have replaced my faulty part in a few days.