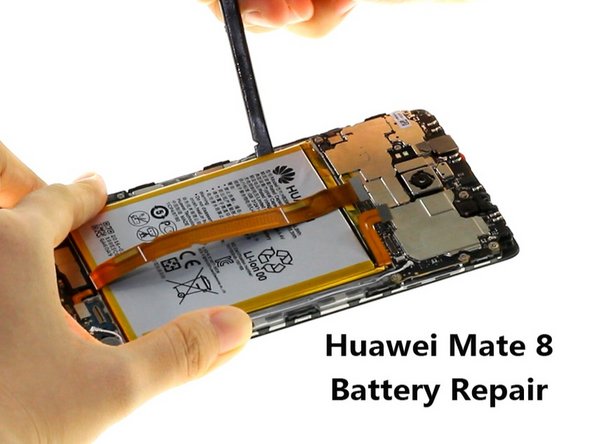 My huawei mate 8 is about 2 years old and started having a weird battery problem since about 2 months ago. It would drain the battery 3 times faster than normal and would suddenly turn off when it had anywhere between 65% and 45% battery life remaining. I did a little research online reading through forums and determined it was a battery problem. I suspect that the battery was damaged due to the fact that i run the Berkeley University distributed computing app BOINC at 100% cpu usage while i sleep which makes the cpu generate a lot of heat even after attaching a 60mm fan to a tpu case to cool down the rear metal housing of the phone. I love voiding warranties so i did the repair myself.

The repair went great thanks to both the availability of great batteries on the ifixit website as well as a great step by step video on how to do the repair. The battery that i received was about half as thick. I do not know exactly why but both the label and tested battery runtimes are consistent with the stock o.e.m battery runtime. I even made some modifications which included using aftermarket thermal transfer tape on 100% of the surface touching the aluminum frame behind the screen vs. the stock 30%. I also used thermal transfer tape between the cpu and the rear metal cover thus increasing the overall heat transfer efficiency. Since the new battery was half as thick there was a lot of empty space between the battery and the metal case. So i used strips of heat transfer pads to both keep the battery from moving around and allow it to transfer any heat generated while bothcharging and discharging onto the rear metal case. I added a second 60mm fan to the tpu case which i use while i run the BOINC distribited computing app. The original 60mm fan was placed over the top half of the phone which took care of the cpu heat. The newly added second 60mm fan will take care of the battery. All of this together with the improved heat transfer tape and pads will hopefully keep the new battery from getting damaged.

Removing the old battery was a scary step because the stock tape used was so strong that i was worried that i would crack the phone in half. Luckily everything went well.