And it seemed to be going so well… 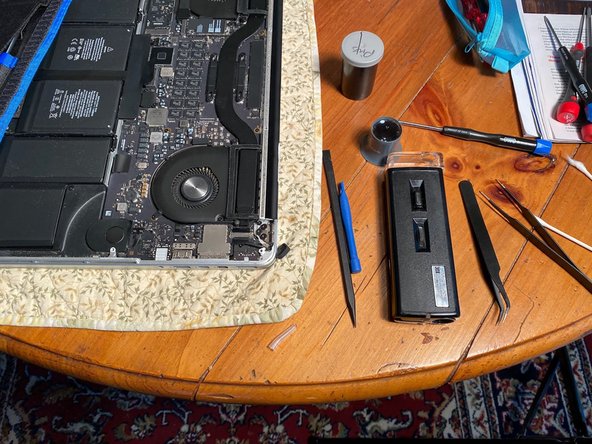 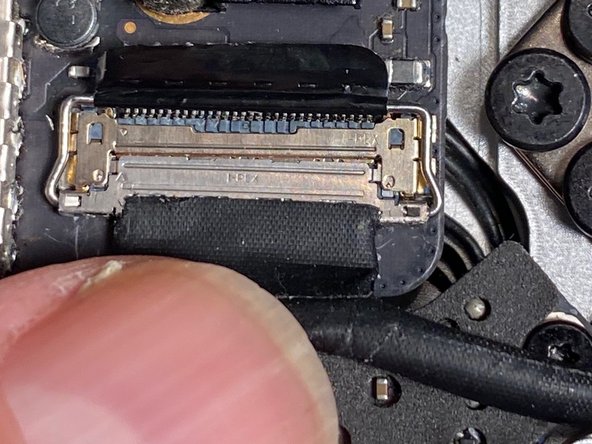 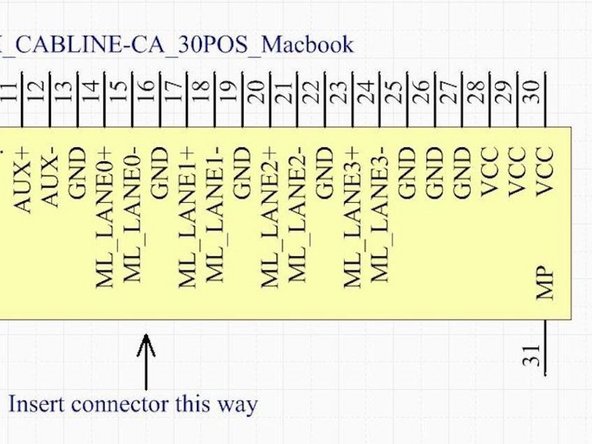 I’m no stranger to opening up and working on MacBooks, usually for the sake of upgrading and refurbishing hand-me-downs my department collected at work, as well as several of my own. Once, I even replaced the video cable on an old 13”, which I could do without opening up the bezel. So when my wife broke the screen on her 15” Retina, I thought it was worth the $570 gamble of buying a replacement on iFixit rather than replacing the machine I got her so recently. (It was a great deal on the last MacBook model with a decent—great condition, 512GB drive and maxed-out memory. Best of all, it had the “golden ticket” of the summer: a serial number that qualified it for a new battery from Apple.

When I received the part, I was immediately impressed and my confidence was boosted. It was packaged as I would imagine a new unit would be, static-wrapped, right down to the cables sprouting from the bottom, and protective plastic adhering to the screen and back.

My workspace was a dining room table with a large placemat to protect the surfaces and keep the tiny screws from bouncing into oblivion if I dropped one. I also set aside an entire Saturday afternoon, just in case things took longer than expected.

I was also equipped with OWC’s version of the iFixit toolkit—not quite the same quality but adequate for the task. The iFixit website’s wonderful step-by-step instructions were on the screen of my MacBook Air.

Anytime I open a MacBook, I’m extremely careful and methodical. This time, I was particularly so, considering it was my first time in a Retina. It went well, the instructions getting me straight to the right tool for each task. None of the connectors were particularly easy to remove, considering how fragile they looked. The first challenge was the mic/camera connector. The video connector posed a particular challenge, but I was able to “walk it off” as the instructions directed. I was grateful for the extended description of how to remove the screen and learned why leaving those last two hinge screws in until the very end was so useful.

Reassembly seemed easier, except for the difficulty I had reattaching the video connector. It was easy to keep it flush with the main board, but the connector always strained against my attempts to get the horizontal angle correct. The keyboard side of the connector always wanted to splay outwards, pulled by the cable. After several careful attempts and the help of a magnifying glass, I succeeded.

I double-checked all the connections and buttoned it up with high expectations. It was all a bit grueling, but I felt I took the time to do everything right.

I powered it up and the screen stayed dark. I tried PRAM and SMC resets. Nada. (If you’re not aware, you can do the former in the blind with Ctrl-Eject-Return for a shutdown or Ctrl-Eject-R for a restart). I checked the Displays preference pane and noted that the computer wasn’t even aware of the built-in display and then realized that it wasn’t getting any power.

Plugging it back into the Dell desktop display I borrowed for my wife from work, confirmed that the computer was working fine. WiFi, camera and mic were all functioning. So I opened it back up to inspect the video connector. Something on the display-side edge caught my eye and I examined it with a magnifying glass. There was some damage to the connector, barely visible even under magnification.

I was out of time for the day, so I closed it back up and connected it back up my wife’s return and then started searching Craigslist for a replacement MacBook.

Like any unresolved technical problem, I couldn’t get it off my mind. Though I still had a good cable on the damaged monitor, I had never removed a display from the bezel before and didn’t want to. I’ve watched enough iFixit teardowns to know how tricky it is. By the next afternoon, I had decided to go in one more time to see if I could straighten that pin somehow.

Along with the tools from the previous day, I equipped myself with a jeweler’s eye loupe and a handheld 40x microscope. Using the microscope, I was able to determine that the edge of the connector was slightly chipped and the rightmost pin was bent left and down at about a 45º angle. The pin was dwarfed by the tip of the plastic poker in my toolkit, so I decided to use a sewing needle to adjust it. The loupe was just powerful enough to let me see what I was doing while keeping both hands free. I’d give it a gentle nudge and then go back to the microscope to check my progress. Finally, I got it as straight as I could, plugged it in and took it out to make sure it hadn’t bent again. I plugged it in one last time and popped the back on and secured it with a couple of screws.

Nothing changed. No power.

Opening it up again, I noticed that the pin was still angled slightly downward, though straight. With even lighter pressure than I used to adjust it laterally, I pried it upwards. It stayed tilted down. A little more pressure. Still bent. A little more. The snap was inaudible, but I could feel it in my fingers. The offending pin had popped off. Gone. A $570 region of destruction only about a millimeter square. I confirmed that with the microscope. It was a clean break. The pin was gone completely.

I consoled myself with the thought that I did the best I could and, for the most part, had done pretty well. But the 15” Retina would be my first fatality in a long string of successful outcomes. I also found myself cursing the Apple engineer who put such an important function, obviously power, on the vulnerable edge of the connector.

I faithfully reattached the video connector, even knowing that it made little difference now, but I had gotten pretty good at the maneuver over the afternoon, and closed up the MacBook one last time.

Finally, I connected it to the display, power adapter, and external keyboard, not totally confident that it would still boot, and powered it up.

The MacBook screen turned a lighter shade of black. Moments later, the white Apple logo popped up. And then her annoying Desktop background.

My theory is that the broken pin was actually redundant and was preventing an adjacent power pin from working. Some etchings on the logic board made it look like there may have been the same functions assigned to several adjacent pins on the connector.

Some further research revealed that this is probably an LVDS connector, common to nearly all current Macs except the Air. According to a pinout diagram I found on the mikesmods.com website, the broken pin was one of three VCC (power) pins on the connector. Why it didn’t work before breaking off is still something of a mystery, but the laptop has been working fine ever since. But I do now feel a debt of gratitude to the engineer I had previously cursed out. The redundancy paid off.

I do hope this helps anyone who was patient/bored enough to read through it. And again, my thanks to the absolutely awesome people at iFixit who do this kind of daring stuff for a living. The more I do this kind of thing, the greater my appreciation for the unique skills and courage you folks have.