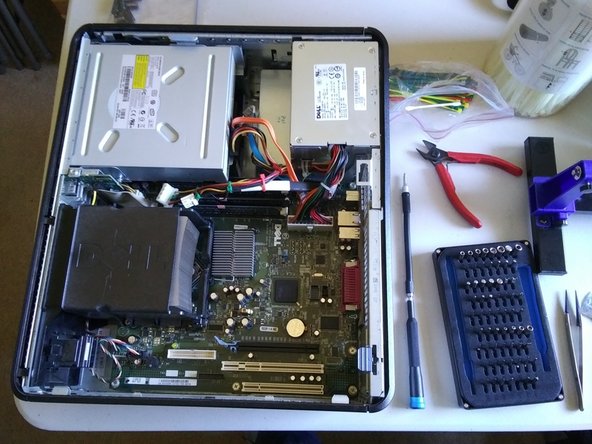 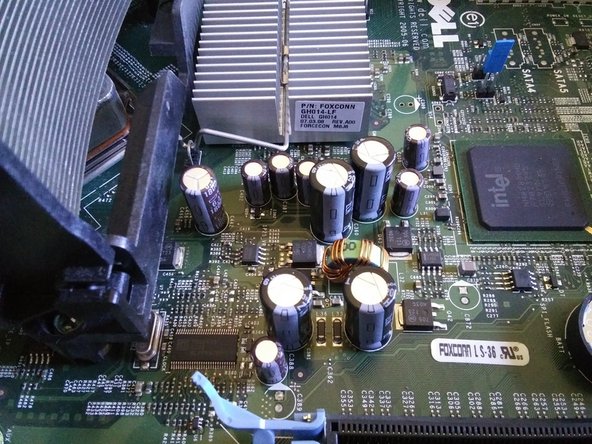 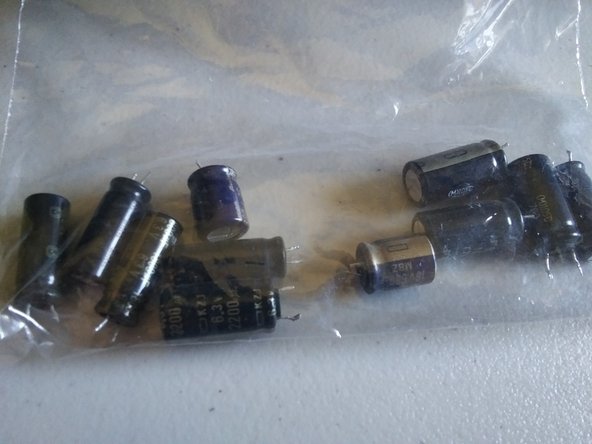 I purchased this computer used several years ago for $80.00. I has provided good service until just recently. The computer seems to boot just fine, but when it gets to the Windows 10 login screen, the screen turns either red, blue, black, or green. The entire screen. If I operate the computer in low resolution, or text mode, it works fine. At first I thought it was Windows 10 goofing up, but when I run it on Linux I get the same thing: works fine from the command line, but solid color screen when switching to a higher resolution video mode. (Using the onboard video.)

Fortunately, I ran across a internet forum thread where someone else was looking for a video display adapter to use because the onboard video seemed to have failed. Someone else posted that the electrolytic capacitors were probably bad. Sure enough, the capacitors were bulging on my motherboard. (Look up "Capacitor plague" for more information. I then looked around and found a kit to replace the electrolytic capacitors at Badcaps.net and ordered a $10.00 kit.

The repair was straight forward. Removing and soldering the capacitors was a little tricky, but doable. The ifixit guide was very helpful because the motherboard is a tight fit and the guide made it simpler because it showed some parts of the case I didn't know come off. That made it easyier. The Mako kit is awesome! The driver works very well. I love the swivel end. That makes removing and installing the screws much faster. Good grip too. I was a little dubious about the extension until I found that I needed it to get to some of the screws on the motherboard. It was very helpful.

I have always liked good tools. The right tool for the job makes things much easier and helps provide a better outcome. I found the Ifixit tools really did the job. Thank you for the great design. Keep up the good work.