How I Saved my daughter's Iphone4 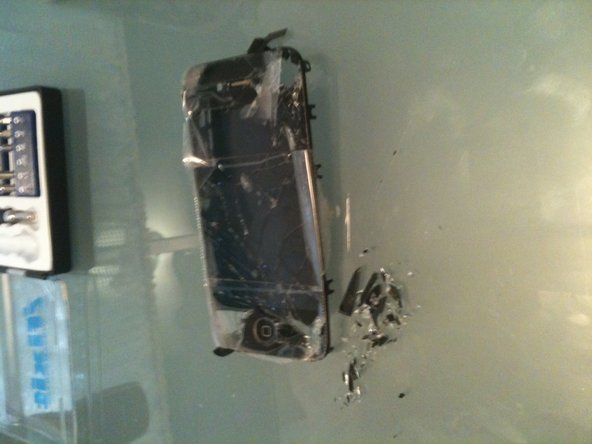 She dropped it, and cracked the front panel display. Found out later that she also had broken the "home" button ribbon cable.

The disassembly went surprisingly well. Only took about a half hour. The reassembly took hours- despite the advice on the you tube video I found that said the reassembly would only take about an hour. When we discovered that the home button ribbon cable had been sliced by the broken glass on the display, my daughter called a friend who had also a broken Iphone 4 front panel display, and asked her if she would part with it to be able to fix hers. She did and we got it reassembled and working. Took probably about 6 hours, not including breaks for frustration and eye-rest.

When removing/replacing the screen, there are six very small phillips screws with tiny washers. They are very frustrating to reinstall, even if you have a magnet to hold them together. Try to anchor the chassis to hold it upright sideways and the process will be less of a chore. Also, make sure when replacing the display that you ensure that the two ribbon cables are fully inserted through the chassis BEFORE you start to reassemble.

The cables will try to stick to the adhesive on the front, and not fully extend through to their complete length.

IF NOT, you will have to completely remove the display because the ribbon cables will not reach their connectors on the motherboard. Trust me, I had to do it three times....