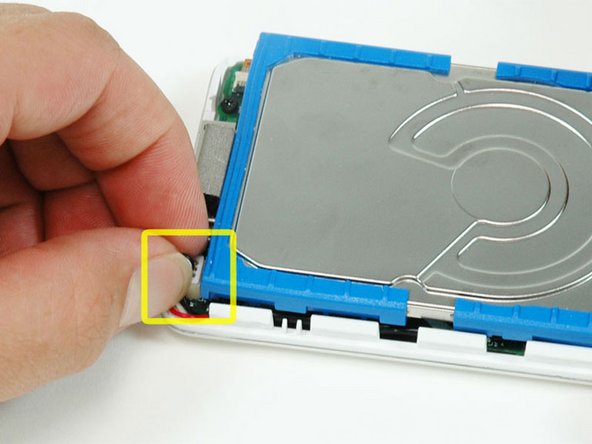 As the original battery capacity went down from 9 to 0.5 hours, after 7 years in use, I had to replace that piece.

After opening the iPod, the original battery showed blown-up but didn't leak yet. Simply unplugging and pulling out some parts cleared the room for placing the new battery which fitted just like the iFixit photos showed in advance. No surprises . . .

As the photos show a simple job done easily I have to state, however, that it will cost you 1 to 1.5 hour (interesting) work in order to get it done without bringing in any scratches and new risks. The plastic opening tools turned out to be very useful indeed and I managed to keep them like new for some future jobs ;-)

So, after starting up the iPod it did its job like a new one again. One remark: as I was expecting more than the original 9 hours of duty from the new battery with bigger capacity, I have to conclude to a rather disappointing 6 hours now. Nevertheless I'm happy that the old fellow is working again and I hope that the new battery will perform better after some 100 hours of working.