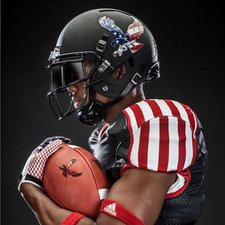 My group is made up of Dylan Call, Nathan Peters, Margret Tate, Brice Trupp, and myself.

-Dylan Call: Visual Communication and Design major. Been in school for two years now and plans on graduating with a major, as well as, possibly a minor in another type of study. Well with technology and will catch on how this item will work as well as taking it apart and studying it step by step.

-Nathan Peters: Senior at Eastern Washington University studying visual communication design. Has attended EWU for just over a year and will graduate in June 2016. Experience is in student journalism. Writing for newspapers has developed his writing skills that should work well for technical writing.

-Margret Tate: Majoring in Visual Communication Design as well as French. This is her 4th year at EWU and plans on graduating next fall. Has good communication and writing skills as well as the techniques she has learned in Design.

-Brice Trupp: Majoring in electrical engineering. Has attended EWU since 2011 and will graduate in June 2016. Was an Electricians Mate in US Navy for six years, worked construction, and a service technician on overhead cranes which gave experience with troubleshooting problems and how to fix said problems. Has experience with all kinds of tools. Very driven when it comes to fixing things.

-Brandon Syder: Currently an electrical engineering student at Eastern Washington University. Favorite subject that correlates with his major is mathematics. Has been attending Eastern for almost two years now, and plans to graduate by the spring of 2018. Being an engineer he believe himself to be a person who thinks outside the box, but also inside enough to have reason behind what he does.