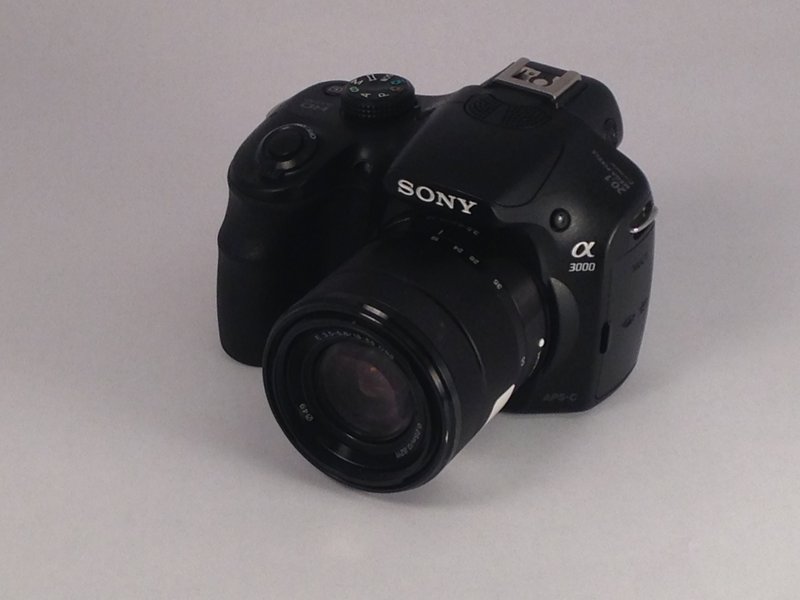 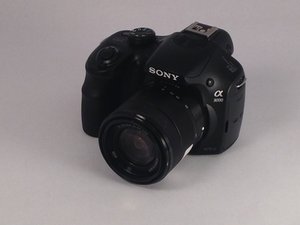 The A3000 is the first Interchangeable Lens Camera with E-mount range introduced by Sony. Troubleshooting the camera may be challenging for non technical individuals but the following instructions that have been made are simple and easy to follow.

Camera will not turn on

The battery pack is defective

A battery that is defective will discharge power while idle and may lose power if not recharged periodically. Return the battery to its charging station until an adequate charge is reached, then place it back in the camera compartment and attempt to operate the camera again. If the camera does not turn on or it only does for a brief time, the battery is not holding a charge, so a new one will need to be procured.

The following link provides a step-by-step guide on how to replace the battery:

The display may be malfunctioning

This issue may be hard to diagnose given that there are no outside indicators that the camera is on other than the display. If the display flashes or omits a faint glow when turned on the display will need repair.

The power button may be jammed and not responsive

Make sure the power dial is not fixed in one position and clicks from off to on without any noticeable malfunctions. If the power dial is determined to be the issue then the camera will need to be disassembled and repaired.

Unable to retrieve pictures from camera

Issues with the memory card either not fitting in the camera or saving pictures that are taken.

The memory card is not fitted into the camera properly

Look in the memory docking port for any obstructions and remove them if found. When inserting into camera the card should slide easily into place and then secure itself. If obstructions cannot be easily removed, the camera will need to be disassembled and repaired. If the memory card is warped or bent it will need to be replaced with an approved part from Sony.

Ensure the type of memory card being used is an approved accessory by Sony for this device. Incompatible memory cards will not communicate properly with the camera and result in unusable files.

The following guide provides a step-by-step on how to replace a memory card:

Pictures retrieved from camera or memory card are not recognizable

The memory card may have passed its write cycle limitation causing the files to be corrupt. There may also be a fault within the camera causing a glitch in photo file creation. In this case the camera will need to be disassembled and repaired.

The lens may be defective

The camera may require updated software

Outdated or improperly loaded firmware may cause a focusing issue. Consult the following support page for updated firmware and install it to the camera.

The camera may be out of focus

The flash will not operate

The flash does not function properly

Flash is not deployed or attached properly

If using a flash attachment, make sure it is an approved accessory by Sony and that it is securely attached per its user manual. If it is still unresponsive further diagnostics will need to be performed on both it and the camera. The built-in flash should be deployed by depressing the flash button on the side of the camera as indicated by the user manual.

The following link a list of approve accessories for this camera:

The flash cannot be use

For this camera, there are several recording modes in which the flash cannot be use, and those are the following: Sweep Panorama, Night Scene, Hand-held Twilight, Anti Motion Blur in Scene Selection, and Movie recording. The flash will be unresponsive during these uses.

Multiple uses of the flash may cause it to overheat. As a safety measure the camera will disable flash use until a safe working condition is reached. Allow time for the camera to cool and then attempt to use the flash again.

The camera will not take pictures

Camera appears to be functioning properly; however, when the shutter button is depressed the camera does not respond.

The shutter button may be jammed

If the shutter button does not return to its normal state there may be a foreign object or substance preventing that action. The spring which facilitates this motion may also be broken or dislodged. In both cases the camera will need to be disassembled for repairs or cleaning.

Memory may be faulty or full

If there is insufficient memory to house a picture or the memory is corrupt, the camera may simply not respond when an attempt is made. Try removing the current contents of the memory stick and in some cases the memory may need to be reformatted or replaced.

The circuit board or internal logic gates may be damaged

This issue may be as simple as a dislodged wire or may require replacement parts only available to Sony. The camera will need to be disassembled and examined to make this determination.

The following guide provides a step-by-step on how to replace the circuit board:

The camera may have enough power to remain ‘on’ but not enough to actually facilitate taking a picture. Make sure the battery if fully charged and there are no warning lights on the screen.

Some cameras will not function if the lens is blocked or obscured. Ensure there is nothing blocking the shutter and the lens is securely attached.

I have this error message “this accessory is not supported”. What could be the issue here.

In my sony alpha 3000 Mode Dial does not work properly. If I select “Scan“ mode it jumps to “Panaroma“ mode, if I select “M” it will select “S“. This makes me irritating when I try to take a shot of birds or other important event.

Pls help me to solve this problem.

Pictures will not transfer from hard drive to my computer. I have replaced the connecting usb type cord but still a problem.

In my camera screen is black seeing

Not working it's LCD screen or finder LCD