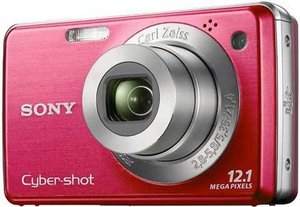 No matter what you do, you can't get the camera to turn on.

Hold switch on, Repeat if necessary

Before replacing or opening anything ensure the power button is moving freely. If the button clicks easily proceed to check the battery.

If your camera won't turn on the battery could be missing, dead or inserted incorrectly. Refer to the battery tutorial for assistance.

If the camera is idle for more than three minutes it will automatically turn off, if the camera powers down for any other occasion there may be a problem.

If your camera suddenly turns off, the battery could be missing, dead or inserted incorrectly. Refer to the battery tutorial for assistance.

The camera will automatically turn off if it overheats. A message will display on the LCD screen indicating overheating.

The camera may indicate different charge levels if exposed to extreme heat or cold.

Fully discharging and then recharging the battery will return it to the correct charge monitoring.

Replace the battery with a fully charged one.

If the battery cannot be charged while inside the camera through A/C adapter.

The charge lamp flashes during charging of the battery with the A/C adapter.

The camera may have difficulty charging in unusual temperature regions. Move the camera to a 10-30 degree Celsius room and wait 20-30 minutes before resuming charging.

Camera zoom and shutter are inoperable.

My Sony W230 will not retain the clock settings. Every power up reverts to Jan 1, 2009. I reset to current date and time but next power up will display Jan 1, 2009 yet again. Help!

Lens will no come out when switched on