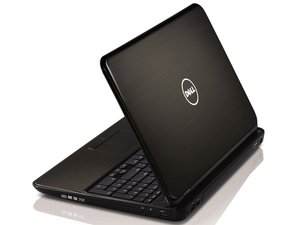 Device will not power on via battery or power supply?

Device was working one day fine. Powered off device for the evening; next day attempted to power on device to work and it did not work. Connected power supply for full 24-hours to possibly charge the battery and the device still would not power on. Device's indicator lights and power button are not showing any signs of the device working or coming on.

Have you checked the AC adapter to see if it is working?

I have checked the AC Adapter and tried an alternate one as well. That did not resolve it.

I had the same problem. I never believed it would be so easy to fix I actually brought my computer to the office hoping that a technician would be able to assit me. But I just removed the RAM and reseated it and almost magically the laptop powered up.

I spilled water on my laptop. I shut it down, opened it up and dried but it did not start. I left it be for a year, than I needed something from the dard drive so I tried to start it, just for fun, (I was going to take the hard out and use as external), but it started again.... But the battery was very low and it turned off, I took the charger, plugged it in but nothing happend.... No led turns On, no power gets to it, nothing... Could it be the same thing? Or what could it be? It worked when the battery had power... Could something be burned and doesn t let the power go to the battery? Or to the computer? :( or is it this bug? Thank you

I just had this issue with my Dell 3158. After finally resolving touchpad issues by replacing the motherboard and touchpad, it began having power on issues. Today it turned into a paperweight so i returned it to the store and got a HP instead,

remove the keyboard and check the connection of the power button. had the same problem once

What are the steps you followed to remove the keyboard and check the connection? Please explain.

During my several years of fixing computers I had never came across such an simple answer and I was skeptical to say the least.

Removed the keyboard (https://ifixit-documents.s3.amazonaws.co... page 29) and reseated the power connection and it worked like a charm!

I have the same problem, I tried removing RAM and putting it back in. But that didn't fix it. I've taken apart the laptop, cleaned the fan, and everything, tried fixing connections with buttons, but no success. Something odd, when I plug in my charger to my laptop, the little green light just goes out and it doesnt say its charging or anything, this happened a few months ago my laptop just randomly turned off by itself and never turned back on again and I have the charger problem with the light going out. If anyone can help, I'd appreciate it.

I have the same problem, I have to replace the motherboard or repair, it costs the same, recommend repair warranty will not fail.

Here nobody will tell you how to repair it, everyone turns in basic answers on how to reset the pleadings and other basic tips

If you want to repair it get a esr meter and test every capacitor if on visual inspection they all look okay . Esr is in circuit tester.

Hey ppl are asking for simple answers..not rebuild the &&^&^$^ things from scratch..pretend that the ppl asking aren’t &&^&^$^ losers like all of you..and don’t sit at home jerking off while they take apart/put back together their computers..that we have lives..and instead of paying douchebags like you too fix them..we thought maybe somebody online could help..with a hey-your pwr cords &&^&@@..or hey..try resetting this..not go too a store for jerkoffs..buy every &&^&^$^ part available for your computer and replace them all..lol..like really..if any of you are content with where your lives have taken you..try a women or a set of tits..not the !!%@ sites that all of you frequent..haha..

At least guys who #&%&%%%^ to our computers all day know how to fix them. Can't help when a product is POS like your attitude.

I'm having the same problem.. there is no sign that my device is working . No light any where on the device

It happens usually when carbon creates between RAM and mother board slot. Simply open RAM and clean it properly with paper as well as slot and connect as it was before. Now turn on your computer it will start working.Thanks.

Awesome! This tip worked for me. Thank you Vergo

My laptop is not on and also not showing charging light.....please give me solution ..

Dell n 4050 battery damaged I use it without battery but frequently it does not turn on easily I have to repeated press f2 and suddenly starts don't know whether it works or not. But now nothing works no lights nothing . Complete dead. What to do plz help

I have been having the common experience of a Dell Inspiron 1501 laptop refusing to recognise its genuine Dell external power pack, which was supplied with the laptop. It will run with it but I get the message that the system will be slower and the battery will not charge.

Though this happenes most of the time there were occasions when the laptop started and ran normally, thus giving the discharged battery an opportunity to fill up again. I wondered what was different on these occasions and tried to spot what it might be.

It took a long time but eventually I recognised a pattern and began to treat the equipment in a specific way. The result was a success, because since I began to adopt an amazingly simple procedure the laptop has accepted the power pack every time. This has been going on for some weeks now, so I feel confident to share it. Here’s how.

I begin with both the laptop and the power pack turned off. Then I turn on the power pack and wait about 10 seconds. Then I plug it into the un-powered laptop. At this point I wait and watch until the little green light that indicates charging flickers after a few seconds, which usually does, though not if the battery is already at 100%. Finally I press the start button and it boots and operates as it should.

I have no idea why this should work, but on my laptop it appears to be reliable. The advice to plug the power pack in and then turn it on fails every time. It is clearly the wrong sequence on my laptop.

My Dell inspiron 13 7000 is not turning on. I tried discharging the system after removing the battery. That didn't work as well. I don't want to believe that the motherboard has a problem. Please, what should I do?

The exact reason is not known indeed. But here it is the possible solutions work for me:

Unplug charger both from PC and from the wall plug. Leave it alone up to 1-2 hours until it is cooled and decharged entirely based some inside processors, capacitors etc. Finally, plug firstly to the wall and then to the PC. When plugging to the PC, you can attemt a little bit hard push. I don't know why but it generally worked for me.

note: this answer was shared before at:

Why my laptop some times showing pluged not charging

What could be the problem with my laptop,it doesn't power on from the battery unless it's been plugged with charger...even when the battery is fully charged. I have actually tried couple of same batteries but still the same issue... What can I do