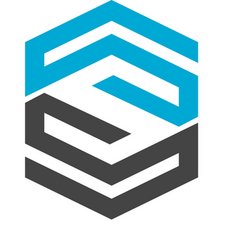 iPad 2 has poor signal after a few wireless antenna replacements.

I originally replaced the digitizer and antenna, started experiencing issues with poor signal. I assumed that the wireless could've been defective. So, I decided to purchase four wireless antennas. None of them work, same problem. I've did so much research and have had no luck. It's detected the 5Ghz network first, then the 2.4Ghz (When next to the router). I'll connect to it, and I'll see it drop from three bars to two, and maintain the two. I'll began walking away from the router, and problem worsens. I've tried restoring factory settings, and resetting network settings. No luck. I'm in desperate need for some assistance. Thanks!

This is still probably and antenna issue---if your four new antennae came from the same batch, they are the same as one.

The WiFi chipset on the board is easy to replace, it is a plug-into-a-socket chipset. Take a look at the board to see the small component that the WiFi antenna plugs into. Damage to the antenna socket could be a possibility here.

May the first cause is wireless module is broken, or the WiFi antenna you get is no genuine one http://goo.gl/r4dXh1