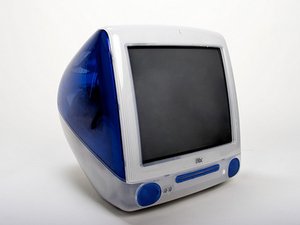 On start up I get the tone then immediate shut off

If I unplug the device and plug it back in I can again get the start up chime but same result with immediate shut off. I have had the machine for a few years and it has worked well until this occurred, which may have been triggered by a power outage.

mister 790, thanks for your response. I tried using a different hard drive but get the same result. Also tried booting from DVD, no luck as the machine will not run long enough to even see the DVD.

Hadnt been turned on for a years. Would only get one chime. I dont have a keyboard(somewhere in storage).Finally unplug and plug it back in and after all the tries.It booted then turned off 10 minutes later. I felt that it was getting hot and shutting down so I got a fan to place near vents to help with the heat issue. Got it to stay on for hours. Played music, browsed the web, lowered resolution(which i felt was also causing shut down),then it shut down again.Now to get it to turn on the computer I must press power button and proceed to flip the g3 upside down. worked more than a few times, each time the computer would come back on, the stay on time would get shorter after each try.now when i try to turn on then flip upside down, screen boots, once turned upright it shuts down.. so yeah haha. i want to have a larger HD and ram installed, waiting to find out what the problem may be online before lugging it over to a mac repair shop. :)

Actually it is a common problem. Overheating can cause the High Voltage Video transformer insulation to break down. It is commonly called the Flyback Transformer. Keeping the Mac cool will help. I attached a fan to the very top of the iMac hooking it to the grill near the handle. It works very well. By putting a speed controller on the fan, I was able to keep the fan noise to a minimum. The fact the the iMac will not startup can also me the internal 3.7 volt battery needs replacing. I was able to find a Flyback transformer to replace the bad one, however it is a great deal of work to completely disassemble the iMac to replace the transformer. Be sure to discharge the CRT tube as it can carry high voltage for many days. Hope this helps.

I had this problem a long time ago with my imac g3 333Mhz, it would chime, and try to power up, and in a few seconds, shut off, in the end, i needed to replace the board that drives the CRT, try running the computer with the internal display disconnected, i believe these iMacs have a VGA out port on the back as well. This board is hard to get to, but after a little disassembling, i got it, if you decide to try this, take a picture of all of the connections, since it was really hard to remember where every thing was connected.

Sounds like a power supply problem. I see you've tried a DVD and external drive with no luck. But it may be worth pursuing it a little further...

First, have you zapped the PRAM (boot while holding down command, option, P, and R; keep holding them down for 3 chimes)? Can you boot into Single User Mode without it shutting down? Hold down command and S while you boot. You could also try booting into FireWire Target Mode (hold down the T key while booting) just to see if it stays on; Target Mode bypasses all the operating system stuff, so it's a good test of something like the power supply.

If it shuts off in SUM or Target Mode, then it's likely hardware. Especially since it followed a power outage, which could have affected the power supply.

If it does run in SUM/Target Mode, then maybe you should try resetting the NVRAM: boot into Open Firmware by holding down command, option, O (that's an oh, not a zero), and F while booting; you'll get a white screen with black text. Type "reset-nvram" and Return. Type "reset-all" and Return, whereupon the computer will reboot itself.

If you do get it going again, make sure you have the most recent firmware. If you reply back, we can tell you how to check it.

I've had some G3 iMacs do this in the past, but I can't remember the resolution; I think we just got rid of the computers, as they were pretty old by then and not worth fixing.

My 2007 24” imac has same problem, resetting nvram worked once, now nothing does. Except I tried target mode and the screen is on! How can I get it to boot?

How bizarre. I took your advice and tried the T reboot, and it worked. So I bit the bullet and restarted again, and it did, without a hitch! Why, for heavens sake? It’s clearly not a hardware problem... I’m lost for words.

Keeping the Mac cool will help. I attached a fan to the very top of the iMac hooking it to the grill near the handle. It works very well. By putting a speed controller on the fan, I was able to keep the fan noise to a minimum.

after trying several ways..and was told eathier graphic card or power supply ..I brought a use one.. now I fine you and you fix my problem.. any one want to buy a 21 i mac.?

and 2. Zap the PRAM(Restart, while screen is blank, hold down option, command, p and r until two start up chimes).

*try 4. Safe start, hold down the shift key when restarting. This turns off all extensions.

*asterisks means not sure if you INSTALLED SYSTEM has these options.

*Disk warrior and/Tech Tools are good disks to try to start-up on.

PRAM and booting with alt worked. Thanks a lot!

Quite often the Flyback Transformer shorts out. This will cause the problem. The answers above should all be tried first. I finally disconnected the video and used an external monitor.

The only problem for me is that I don't have any video out port on my tangerine iMac. What would happen if I keep using it? Is it a fire hazard, risk of getting shocked, or could it ruin other components? Thanks

First of all I'll explain all the actions that I perform on the iMac 6,1 that does the same as starting up, the hard drive stops making noises and shut down after the loading circle disappears.

2. I install a hacked version of Snow Leopard, it boots but it fails when you want to shut it down, it enters a weird state of sleep mode.

3. I check the HDD with the Disk Utility in the hacked OS. The disk is fine, no error found.

4. I upgraded Snow Leopard from the installed OS, everything worked fine, until reboot. The iMac turns off again like before.

5. I reinstall the hacked OS into a USB hard drive, it boots like the internal HDD, and the weird sleep mode...

6. I downloaded the AppleHardwareTest, I can't make boot at startup, and I don't know how to boot from the OS.

Any idea about a hardware test once the OS is loaded (Snow Leopard OS).

Best regards to all...

Their is one other thing that you can try to do, if you put the imac on a table, screen facing down on a towel or something, you should open the bay where the memory goes, on the bottom left side, look inside the imac with a flashlight, you might see a lila/red colored button, thats the PMU reset button, press it when the unit is OF the power, another thing that crosses my mind and what you can try is resetting the SMC of your imac. Unplug the power, keyboard and mous, press the power button for about 5 seconds, then plug everything back in and see if the imac will boot, if it doesnt, its more likely to have a power supply/analog board faillure due to age. Good luck with your lovely imac :)

That sounds like either bad caps or, perhaps less likely, a dead PRAM battery. The battery isn't super easy to replace, but it could be the issue.

My tangerine iMac has a bad flyback transformer it pops every 5-10 minutes. When it pops a black horizontal line appears on the screen. I have hears the sound is an arch between the contacts. I have no idea how much it costs to fix this.

My indigo iMac has a few bulging caps and when i push the power button the white light comes on then shuts off> it makes a high pitch noise. After pressing the power button it turn on successfully. If you unplug it then you will have to go through this process again.

LEAVE THE iMACS PLUGGED IN IF YOU CAN!

My iMac 2007 did this after plugging in to a new outlet. What worked for me finally was disconnecting the keyboard, etc. turned off the machine, disconnected the power cable. Held down the power button for 10 seconds. Plugged power cable back in. On start up I held the start button down until it beeped a long horn-like sound and then started as usual. Thanks Madmac252.

Someone had a similar problem a little while ago with a more current iMac. For what it's worth, here's that thread: iMac turns on and off immediately. Any ideas?

That person believes it was a hard drive problem since he/she was able to start up the computer from an installation DVD. But that person doesn't mention anything about a power outage as you have...

I JUST HAD THE SAME PROBLEM!!! I was trying to fix my friends mac and it fixed its self after i realized there was a disk in it. so i pressed f12 during start-up and it works now!!

Thank you so much for share such a wonderful information and ideas.The author clearly describe all the parts of the article and we can easily understand each and every information.Quality articles is the vital to welcome the clients to pay visit the webpage,that's what this site is giving.

This appears to be spam, nothing at all about the actual problem, just a lot of advertising.