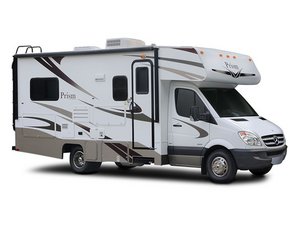 Why does car battery and caravan battery go flat

When plugged into mains 240v

Ben, If batteries are in deed good and fully charged, sounds like you may have parasitic drain/draw on batteries. To help diagnose this with a DVOM, with vehicle off, hook DVOM to battery, pull one fuse at a time till you see voltage reading a bit higher and then you will know which circuit is drawing power and can correct or some how put a switch on it when not needed. DVOM can also be used in amp setting. For more methods and complete instruction on troubleshooting parasitic draw view the links below. Good luck.

Depends on lots of things - need more data, but I can offer this.

Sounds like you have your shore line plugged into the 240v mains and you're expecting your lead acid house battery (caravan battery) to be charged by that. Also, you're thinking the engine battery should also be charged.

Neither of these are necessarily the case.

In my own rig - a Winnebago Via model R 2012 - there is a 2-stage built-in battery charger that will charge the "house" (caravan) batteries when you're plugged into the mains (115V here in the US).

Now, if that charger were defective, the mains would power the caravan outlets with 115V, but the 12V service to the lighting & other devices would be faulty. Are you still getting 12V DC to other devices in the rig?

In my rig, if the engine battery goes dead, you can press a switch and start the engine from the house batteries - so all you need is one battery to be good.

But that's a long answer to your question - and the short of it is that for one reason or another you either do not have a battery charger in your rig, or the battery charger is itself dead.

There are ways you can test for that if you're interested I can help.

Flat plate batteries have six sets of plates with glass mat separator containing the electrolyte are arranged in a straight line inside the battery. Because the plates are compressed in rows, the battery has more capacity, that is it uses all of the surface area inside the container to provide more energy when it’s needed.

All that is required is a cheap digital Meter. Measure the voltage when you stop, and before you connect to mains.

Couple of hours later check voltage on both batteries, it should be at least 13 volts if charging system is working, anything less would point to a charger malfunction.

As a quick solution connect a mains battery charger which should overcome innitial problem and get your system stable.

Unhook the NEGATIVE side of battery and put a test light between the batt and cable on the negative side if it lights up you have a draw on the system. On the motor home they make trickle chargers to hook up why you are not using it. On the first if you do find a draw usually it is a bad overhead light. if not unplug fuses till it goes out and then you know what system is drawing the battery down.