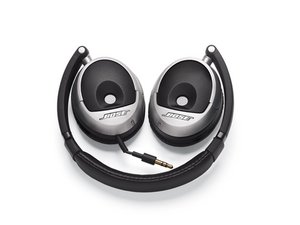 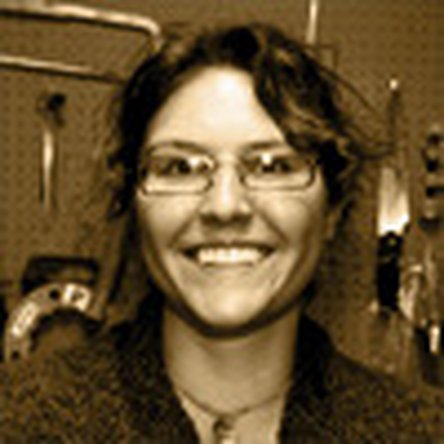 Can I fix the my headphones so the sound in the left ear works?

My BOSE headphones are about 3 years old. Sometimes the sound in the left ear stops working. If I mess with the connector cord, where it connects to the computer, then I can get the sound to work.

If I replace the headphones cable will that fix my problem?

would this answer good on sony mdr-zx100too?

hello im danny i have the logictech G230's could you fix that?

I had done what you did, but they just flat out stop working the cable soon after

If you intend to replace the cable anyway, I would cut the cable say 10cm from the plug, to get access to the inner cables. there should be 3 or 4 signal paths: Shield (optional) equal to ground, ground (usually black), right channel (usually red) and left channel (Mostly white).

you then can strip the wires back, connect the ground by twisting the wires together, and try the headphones by touching the others together.

If it checks out, your headphones are proven ok, and you can either replace the cable, or just solder on a new plug, as the break seems to be near the old plug in the cut off portion (this is the case most often)

would this answer work on sony headphones too?

i cant get my headphones to work at all

You may only have to replace the mini stereo plug you can get that at Radio Shack or a local electronics/hardware store.

Do Not use too much heat! you can cause short circuits if you melt shielding.

I would send them back to Bose. The are a good company and in my experience dealing with their headphones if there is a problem I send it to them and it comes back repaired. No charge. Be sure to obtain a return authorization number first.

Wrong! Bose do not do this always. If you have no warranty they try to sell you another set and discount them for you. so how you got the score of 2 votes is beyond me. Maybe Bose scored you on it. FMH UK.

BOSE DOES NOT REPAIR OR REFURBISH HEADSETS UNLESS THEY ARE UNDER WARRANTY. If they are under warranty then they will replace for free but will also try to sell you a more expensive set BUT they also offer AWESOME discounts if they do make you this offer and you should at least consider it.

My 10 year old BOSE Triport OE's (same as your set) are shorting out at the ear-cup where the one side wire comes out. It will work perfectly if I jiggle this wire. Called BOSE to see if I could refurbish but was told what I just shared above. HOWEVER, they did offer me a new set of SOUNDTRUE headphones for $75.00 as a replacement. This is a $180.00 to $200.00 headset if you just go buy one new. I'm still going to fix my BOSE because the Triport OE's are AWESOME by going to YouTube and following the tutorial on how to open the ear cup and repair the wires. Always give YouTube a look for tutorials, they've saved me $1,000's over the years on repairs.

well duh they won't repair or refurbish a headset if it's not under warranty why would they?

Often times dirt will contaminate the contacts on the female part of a 3.5mm audio connection, and these Bose headphones aren't immune to this problem. The symptom of this is audio that cuts in and out when you rotate or apply sideways pressure to connector on the end of the cable.

To fix the problem yourself, moisten one end of a cotton swab stick in rubbing alcohol (do not soak it). With the headphones held upright (so that drips exit the 3.5mm jack instead of entering the speaker assembly), gently clean the metal contacts. Also clean the connectors on the cable. Allow 15 minutes for the rubbing alcohol to evaporate before using.

Do the same for the audio source (an MP3 player, stereo system, phone, etc).

does it work well plugged into something else? other than the computer?

also bose should offer a repair service to their customers for little to no cost... probably try that route first before replacing the cable and voiding any kind of warranty they might offer

SADLY, BOSE DOES NOT OFFER A REPAIR OR REPLACEMENT SERVICE. Be very wary of anyone who tries to sell you a set of BOSE FACTORY REFURBISHED headphones because THERE IS NO SUCH THING! Learned this recently by calling BOSE for a set of my own headphones which were broken.

My Bose headphones are brand new! The side which has the little up and down arrows is the side that DOES NOT hold the connecting wire. I've had this problem with three - THREE - Bose headsets already. The cords are finen. Anyone know of a better head set?

This is a common weakness in BOSE headsets. You need to replace the jack to do the job right. It is a simple $1.00 part at Radio Shack. If you don't know how to do it there is an excellent video on YouTube which walks you through it.

Also, Rich's Methods (His video's are ALL awesome) has a no solder method which is good for the more non techno among-us!

Good luck. It really is an easy fix and your BOSE will be working great again. I buy a lot of these sets on eBay and repair them to resell. I can buy a pair for $10 & resell for $75 or more depending on the headset. Some people don't want to be bothered fixing them and will sell them for parts or repair for next to nothing not realizing they could do the repair themselves for next to nothing.

Well if you are cheap like me, you could always find the sweet spot where the audio works and tape/tie the cord so it stays like that :P

I 've had my In Ear Phones a good 8 yrs or so & they are still wrking fine but the outer vinyl sheath wire covering is now getting frayed or coming apart at several intervals from behind the "Boot" on the jack to the "Y" going to the phones ! I need to kno what that kind of wire is called, where you get it and the proceedure for soldering those "Iddy-Biddy" wires ! I hve ben an electronics tech for about 10 yrs in the past & hve always had a recording studio !, so soldering isn't a problem, but sometimes there's a proceedure for special designs and those lil wires appear to be individually wrapped inside the sheath & there are six of them coming from the "Boot" ! Two Red, Two Green, & Two Orange. So it appears to be feeding each ear with three seperate wires ! "Very Good Design", but I don't find the outside sheath to be worthy of the Bose quality that one is paying for along with the "Technology" ! Basically if I can find out the proper way to seperate & reconnect this special wire I could seperate the sections, heatshrink the original covering & puttem bac together ! So, "Anyone hve the answere" ?

There are a couple of really good YouTube tutorials on how to do this. Just flip through till you find one which deals with the type of phones or buds you have. I've fixed more earbuds using YouTube tutorials. I get them very cheap on eBay because the seller says they are not working in one ear or the other. You can get this nice little device from AliExpress (AliBaba's retail service) for about $2.00. It's a stand with a couple magnifying glasses attached on pivots so you can move them into the position you want so it holds them for you and it also has a seriess of 'clips' which actually hold the wires in one spot for you while you sodder them (I like to put the clips and the wires behind the magnifying glass so I can see everything clearer, works like a charm.).