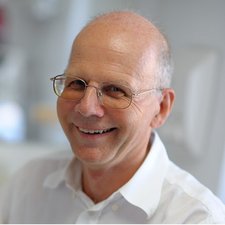 Can I upgrade my MAC PRO with another Motherboard or better CPU?

Is it possible to upgrade my MAC PRO:

After reading this and doing my research ….I came to the same conclusions.

Save your money…follow the advise given here!!

Not sure I have a good answer here for you.

There are two different directions one can take here:

Both of these are expensive and do require skills. Are you sure you want to do this? An older Mac Pro is still a nice box! And you can use 10.7 (Lion) and older 32bit apps.

You may want to look at buying a used 3.2 GHz Quad Core (2012/Nehalem). That maybe a cheaper direction if you are looking for a system to run the newer 64bit apps.

Think it would be possible to put a Mac pro motherboard in a regular case?

@pccheese - Not sure it makes much sense. Most people like the aesthetics of the Mac Pro case and would put in a newer better logic board.

Doing the reverse would likely be possible, I guess with the older series. It wouldn't work with the 2013 model as the mechanicals are very different.

The answer is... it depends.

First and foremost you should always provide the most important detail when you talk about "my Mac Pro"... as there are many iteration of such product you can't simply say Mac Pro without giving its model identifier (1,1 through 6,1 at the time of this writing)

If you're talking of what makes the most sense (swapping a 3,1 motherboard into a 2,1 or 1,1 mac pro) then it sounds like mac pro 1,1 through 3,1 can indeed share hardware with some minor caveats and limitations.

For instance a 3,1 has a faster memory clock speed (800MHz vs 667MHz of prev. versions) which means that when using the ram from an older model in a 3,1 motherboard it would run at lower clock speed since, even if the FSB on the 3,1 can run at 800MHz, the Ram will dictate the speed which will therefore be set at 667KHz (lowest common denominator) by those modules. One could also mix modules given that 800MHz ram can run at slower clock speeds... but for the above all ram chips will run at the lowest speed when faster and slower modules are installed.

It's likely that something similar could be accomplished with the 4,1 and 5,1 builds but that I don't know as I've not looked into it. Besides the difference between those builds isn't so drastic that would justify spending time and effort on doing such "upgrades" also because the price to buy 4,1 or 5,1 mac pros on sites like ebay for instance, are certainly not prohibitive (although it can get a bit pricey if wanting to assemble the most beefed up version possible before the mac pro 6,1).

While isn't really worth to embark in a 4,1 to 5,1 motherboard transplant, when it comes to 1,1 and 2,1 to 3,1 it might to get native support for the latest OS X (at the time of this writing is EL Capitan with Sierra being in Beta)

That's one option if one wants to be able to run the latest OS X on a 1,1/2,1 mac pro... That said when not wanting to go for such heavy modding, then there is another way to run the latest OS X on those old mac pros with 32-bit EFI. Apple has unceremoniously given every owner of such machines a massive middle fing3r when it comes to allowing the latest OS X version to run on such mac pros when instead it could have maintained the claim that it would be officially unsupported (hence any issues one would be on their own), but could have leave it up to all 1,1 and 2,1 owners to run those OS versions via something like SFOTT (SixtyFourOnThirtyTwo which lets EFI 32 macs run OS X version that require 64 bit EFIs) at their own risk.

After all not only is not impossible (quite the contrary in my experience) but a company that managed to come up with Rosetta and applications system that was running on 2 completely different CPUs (IBM and Intel with completely different architectures), refused to support those of us who invested in their OS and chose their machines over the competition... all because of an outdated EFI which was claimed to be an unsurmountable obstacle so much so that everyone with an EFI32 mac would get stuck at 10.7 to remain forever in Lion's land despite having a mac pro with lots of horse powers to be unleashed!

Thank heavens (well not really heavens, but rather a few brilliant humans!) not all was lost because thanks to a few great programmers (such as Tiamo and piker alpha... bless you both!), it became possible to run the latest OS X version on Mac Pro 1,1 and 2,1 without any issues... I've done so on my mac pro 2,1 with 16GB RAM (though even with less you'll be fine), an ATI Radeon HD 4870 (flashed PC version off of ebay) where I installed El Capitan on an 500GB SSD!

What I can tell you is that for at least the past 3 years the machine has been running stable and strong even when doing graphics and video work (Final Cut, Photoshop, After Effects etc). I had Mavericks on 7200rpm HDD and then Yosemite on SSD at first and I also upgraded from HD3850 to the HD4870... other than that, if you're fine with not performing system upgrades from Apple which might break your installation, you will be a happy camper until some major change will break compatibility and you will have to decide if you want to stick with El Capitan on your old and trusted Mac Pro, or take the plunge into a new shiny black trashcan.

Either way best of luck whatever you'll decide and keep your mack pro trucking for as long as possible! :)

Just as a quick add-on to the above for anyone considering to embark into a 2,1 to 3,1 mod... aside from buying a different motherboard (which I am not sure is that less expensive than getting a full old machine) be aware that the DIMM raisers have been modified. You will need raisers from a 3,1. Also since in that model Apple experimented with getting the RAM to run cooler, they inverted raiser A therefore you will also need a 3,1 RAM cage and fan (since the slots to slide in the raisers won't match a 2,1 ram cage. Last but not least the L-shaped CPU heasink cover is also different and needs to be from a 3,1 machine.

So as you see (unless that's a way for you to have fun) isn't all that much worth the effort doing the 2,1 to 3,1 mod given parts need to be found and bought and they might set you back closer to buying a fully assembled and running (hence ready to use) Mac Pro 3,1. But hey... if modding is your poison, have fun with your project! ;)

Hi, Sfanara. I found your posting useful but I'm still a bit confused (or concerned). In my case, I have a Mac Pro (MacPro1,1) with a Dual-Core Intel Xeon 2.66 GHz. The hardware is beautiful (16 GB of RAM) and all, and I would like to just upgrade the processor (the cheapest route). For a non-modder like myself (I do very minor mods on my machines, Windows and Macs), is that a sensible route?

The processor upgrade on that machine is relatively straightforward, and you can pick up the processors pretty inexpensively on eBay. A matched pair of Xeon 5365s are the ticket, as they will bring you up to 8 core. They come in various clock speeds, but the most cost effective is probably the quad core 2.66 Ghz ones. You might find a good deal on the 3 Ghz ones as well, which would amp up the power a bit. I personally run a Mac Pro 3,1, but I have helped friends with the 1,1 processor upgrade.

thank you for taking the time to write and post this article.

My pleasure Bruce Herchenrader, glad you found it useful even after such a long time. That said if you are looking to get your 2.1 as far as it can go, you can install 10.11.x following another article at https://rudiengelbrecht.wordpress.com/20...

I followed the same steps as user freakqnc and got my 2,1 working on 10.11 That will be the end of the line since the CPUs won't support SSE4 hence won't qualify for OS X Sierra and later. Best of luck.

Can someone help me?

The issue is: Once working, there was a lightning nearby and It affected the Mac ...

I did some work on it bridging the power to a SD connected to the SATA for OD, and it worked great with 2x512MB+2x2GB+4x4GB=21 RAM Total, working very nicely.

Of course I could not use the 4 HDD bays, because the power source was affected in that area.

I decided to get a new logic board and a new power source.

The power is new and the logic came with the variant of being 2007.

I connected all as it goes and I get power in the HDD bays. But as it starts, I don’t get a chime, vents works normally, no video output.

I tried removing the RAM and using only a couple each test, and without it, removed SSD and all drives, removed OD, Video, BT, WIFI, USB, I tried all, but it always does the same at startup no chime, both vents normal, but no boot no video, nothing, oh and I get the mouse light on as if it was working.

Please help! This is the last I got when it still worked

You could try the OS patcher app. Found easily by typing "Installing Mojave on unsupported Macs" into your internet search engine. I am running 10.14 Mojave on my Mac Pro 3,1 (Dual 2.8 Ghz Quad core processors)

I have a Mac Pro 3.1 early 2008 and it does not chime when turning on. It doesn't turn on. When it did chimed and turned it did not show up on the monitor. What should I do? Replace video card and motherboard? How much will each cost? Or should I dump it for e- collection?