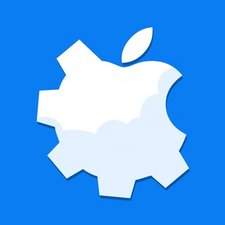 Can I use keyboard as power button?

its a pain to alway reach over and power on my mac, is there any key combination on my keyboard that could act as a power button?

Apple's direction with the iMac was you would leave it on and just put it into sleep mode when you either told the system to sleep or its timer would. Which is why Steve hid the power switch in the back ;-}

The idea here was it took so much time to boot up (slow HD's) people wouldn't want to wait for the boot up. In the newest systems with SSD's or Fusion drive sets this is less of an issue from the hardware side. In addition Apple over time has worked hard to improve the OS loading process.

In truth Apple's idea of leaving the system on has its Pro's n Con's. Yes, it makes it more convenient to leave it on, But the bad side is power disruptions can corrupt what you have left open (your work) and can over stress the system. The cost of the added electric load to your electric bill could be a down side too.

I do stress you should have at least a surge suppressor, but to be really safe a UPS is the way to go! That way your work is safe from being lost. Don't forget to hookup the UPS to your system so the system can be shut down by the UPS.

And lastly, I do recommend turning off and disconnecting the cords to the system and the other peripherals during a lightning storm from all connections: power, cable, network & telco just to be safe!

So do think about just leaving the system running and just putting it into sleep mode. Then the only reason to shut the system down is when you go on holiday!

With macOS Sierra some interesting things will be happening that you may not want to shut your system down. I can't get into it here, I have a friend who is doing some wacky stuff that will wow you.

i put it to sleep when not using it, but at the end of the day i always shut it down, ive got a ssd, so startup time is really fast

It's not possible to turn on the Mac with the keyboard.

But you can turn off the Mac with the keyboard.