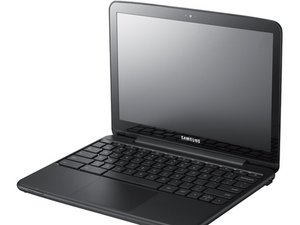 The following is a repair guide for the Samsung XE500C21-H01 Chromebook.

How do I install Windows 10 on the Samsung Chromebook?

How do I install Windows 10 on the Samsung Chromebook?

my cousin did but he forgot how :(

how do i install windows 10 on my samsung chromebook

want to use it to run windows fills

how do you install windows on a samsung chromebook

@2 for Fun I'm seeing this as a comment to the question already asked. Did you see the 3 answers below? Would you like to know if you can install Windows 7 or 8? Try https://MrChromebox.tech

Chromebook wasn't designed to run on any windows OS, its a Chromebook! Chromebook's run chrome OS which is Linux, not windows. That being said, Linux is capable of running some windows software via their WINE emulator but its very limited and not really compatible . Only certain Chromebooks can possibly run windows OS but there's a good chance of bricking your Chromebook permanently since your going to be messing with the firmware, hacking it I guess you could say... much in the same way a android phone needs to be rooted via a exploit & have its bootloader unlocked in order to enable the flashing of custom ROMS...

Now if you want to still give it a shot at your own risk then have a look at this page to get a better understanding of whats involved and the dangers associated with attempting the whole procedure.

good advice, but ChromeOS has been modified from linux so much, it would be more correct to say it just has a linux kernel, specifically derived from Gentoo. MrChromebox.tech has resources needed, without the ridiculous amount of ads on the link provided. It makes me sad that the word "hacking" has lost its original meaning. :-(

i think its POSSIBLE if you go to this website :It doesn't matter what kind of chromebook you have samsung,hp,acer. doesn't matter

Get into Developer Mode as described in https://www.chromium.org/chromium-os/dev... Download firmware from MrChromebox.tech. There’s more instructions there and elsewhere on the web, even another site or two for the boot firmware. (try Github)

But I’m going to stop there, because the solid state drive is far too small to do anything useful with Win10, or nearly any other operating system. It’s painfully slow and buggy. You might try Gallium linux, or Chromium (the open source version of ChromeOS), but still… this is mainly learning exercise, and a bigger hazard than bricking, because; Yes, its doable, but the results are disappointing. Fortunately this Chromebook is cheap enough compared other notebooks that you might want to try it, but don’t expect premium online games to work.

Windows 7 or 8 is possible, Linux and even Android is possible! Windows 10 might be possible with advanced skills, but not for us mere mortals, without lots and lots of time. I already answered this question almost a year and a half ago, and what I said then is still the case. (the possibilities for Android is sorta new) The hard drive on almost all Chromebooks is too small. This is likely on purpose because Google doesn’t want people to put Windows 10 on Chromebooks! If you ARE NOT prepared to learn firmware, a little about hardware and even programming (scripting) it’s not going to work for you.

How can this work! i really want to change the operating system

i dont know how to instal windows

It’s a Chromebook it isn’t designed to run any other OS, if so you have the possibility of completely destroying the device itself then you’ll have to reinstall chrome OS which is the main OS the device was designed to run just buy a windows 10 laptop if you’re that desperate.

This isn't helpful. ChromeOS is based on Gentoo Linux. So it should (and does) run Linux, which also runs on the vast majority of PCs that came with Windows (ALL versions of Win) You're argument might fit ARM Chromebooks, but modern x86 computers are not "designed" for any particular OS.

Your post contradicts the DIY spirit of Ifixit. Suggesting that people cannot fix their Chrome products unless they are expert in ChromeOS. I'm expert enough to tell you they certainly can run Linux, FreeBSD, OpenBSD, and run Windows10 on Sumsung Chromebooks, although Win10 will likely be so slow as to not be practical. But that's not because of design, it's because older Chromebooks are simply not powerful enough, and do not have disk enough space. You shouldn't be answering when you know so little about the subject. Search "Mr.Chromebox"