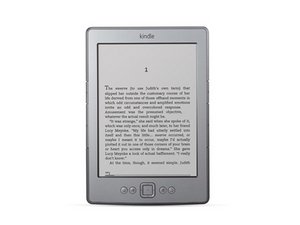 How can I fix the power button?

Nothing happen when I press it, the only way to turn my Kindle on is to plug it to my computer. Everything else is working fine.

I had this same problem.Without a power button, there was no way to turn my phone on. I charged my phone until it had a full battery, I then took my charger cord and plugged it into my PC, and it worked! It booted right up, and has been working fine since. It's an easy fix getting it back on, even without the power button functioning at all. Hope this helps!

Well yes, try resetting it and then see if you can get "the right tool." Of course its going to be much cheaper than buying a new Kindle!

I forgot to add: What happens after you plugged it into the PC? How long does the Kindle work? If the Kindle works fine itself, not a big problem. Might just take it to a local repair shop, and I found some videos on Google to help you repair the power button and stick it back in. (Sorry for repeating myself to your technique in my answer!)

The Kindle is working fine after I plug it, I can use it for as long as I want, and then it goes into sleep mode as usual.

I will try and open it to look at the button.

(I called Amazon and they offer a discount for a new one... No repair service!)

I opened it but I can't unscrew anything without the right tool... Do you think that resetting the Kindle would help ?

Is the button jammed, or is there a noticeable 'click' when you press it?

If it isn't pressing in, you might have a gap between the front and back pieces of the casing. Take a look around and push any gap in the casing together; you'll hear/feel a 'click'.

If that doesn't work, you may have to open up the kindle and look at the contacts where the button sits. If they look like they're touching when pressed, you might need to replace the button's flex cable.

Otherwise, you could try purchasing an auto wake case. Wouldn't fix the problem, but would be a more convenient method than having to plug it into a PC.

It has never been doing a 'click' sound... I can't feel a difference when I press it.

I will try and open it tonight.

I checked the auto wake cases, they don't fit the 4th generation :(

I had the exact same issue and stumbled on your post. GregL's video helped me solve it (thanks!).

But yes, it required me buying the special T5 screwdriver to be able to do so. I figured a few tools might be helpful in other occasions as well, so I decided to invest about 20 euros in a decent set. A word of caution: I started with a cheap set (less than 5 euros), thinking it would be enough for a one-time repair, but the tool quality was so low that it was worn out before I could get the 5th screw out. So much for fixing the planet... So my advice is: take decent tools.

OK, here are my findings on the kindle itself.

I first disassembled the kindle following the video provided by GregL: https://www.youtube.com/watch?v=SVKiRfTM... , without taking the battery out, though. It's unnecessary since it's not the cause of the issue, and taking it apart will destroy it. In addition to the video I would mention that removing the motherboard is much more difficult than the video shows. It's because the motherboard is glued in place, and therefore difficult to take apart the first time. Once all the screws were removed I inserted a blade between the BACK of the motherboard (not to damage anything) and the core of the kindle's frame. Then twisting and swiping the blade gently helped unglue the motherboard without damaging anything.

I then noticed that the switch behind the power button was out of place, pushed away by too many presses, and almost completely detached from the motherboard. The second solder was almost broken. So please be careful while taking the kindle apart: if your switch is completely detached it may fall during disassembly. You don't want to lose it!

Here's a picture to locate the switch on the motherboard: https://dl.dropboxusercontent.com/u/1863...

And here's one showing where the issue comes from:

So the final part: how to repair the switch.

As far as tools you will need a thin soldering iron, solder (tin), thin pliers to manipulate the switch easily and without burning/gluing your fingers, and glue (I used cyanolate). Soldering iron and cyanolate are dangerous, use caution and appropriate protection! (googles, gloves). In addition you will need a very small piece ( about 1x4 mm) of lighlty compressible isolating material about 2 mm thick (I used dense felt such as used underneath chairs to avoid scratching wooden floors).

Take the switch completely off, to be able to work properly. Avoid touching any electrical contacts with your fingers, as this likely will cause corrosion in the long term. If you did, you can swab a bit of grease removing agent on the contacts (dry thoroughly). It will also ensure that the solder sticks on.

Place a very small amount of glue between the two dowel holes on the circuit board. You want to control the quantity of glue so that when you press the switch in place no extra glue spills on the electrical contacts.

Insert the switch back in place, and press it until it is glued in. Use pliers rather than you fingers, and release pressure once in a while to make sure that your pliers aren't getting glued as well! (remember that glue may get through the holes to the back side of the motherboard).

Once the switch holds in place you can get into the soldering part. Get a little amount of tin melted atop the electrical contacts. While doing so avoid touching the switch or the motherboard with the soldering iron: I'm not sure these would withstand much heat. Verify that the soldering does hold in place, but do not try too hard: my experience is that it is difficult to make the solder hold firm. One last word of caution: do not leave tin material in excess of the height of the switch. It will otherwise interfere with the frame while reassembling your kindle.

While you let the solder cool down, take the part of the kindle frame with the power button. At the back you will see a void, where the inside of the power button points to. This is the lodging for the switch (sorry I was so glad with my rework being successful that I forgot to take a picture of this part!). At the back of this lodging runs a metal band, bringing power from the contacts at the back of the kindle to the motherboard. That's where you need to glue the piece of material I listed before. Once everything is put together again, this piece of material will press atop the on/off switch. Hopefully it will take some of the load and avoid the issue from reoccurring. It's the core of the issue in my opinion. The design is flawed as the switch is not sandwiched. Efforts while pressing the power button therefore tend to pull it from the motherboard. Filling that void should help minimize the issue. But the material used should be non-conductive, since power may get through that metal band in the back.

Before you put everything back together you can test that your soldering does work properly. Just placing the motherboard atop the frame close to its original position (not inserting it and not screwing anything back) you can connect the 4 wires again for the buttons, screen and battery (this one last). As soon as you connect the battery the kindle will start again. Wait until it has started, then you can actuate the switch and confirm that you can turn the kindle on and off again.

Once this is confirmed, take the wires off once more, and put everything back in place following the video in the reverse order.

Voila! Your kindle is ready for several years of good use. Enjoy!

Thank you @scribe for the excellent advice. I followed it and was successful in fixing the power button. Also agree that GregL's take apart video was extremely helpful. I have a couple of follow on comments.