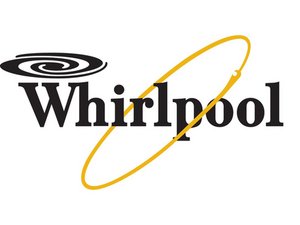 Whirlpool GU2700XTSQ fills with water but wash pump does not circulate water. When I start a cycle water fills the unit and can be seen in the bottom of the inside of the dishwasher. After a few minutes of the display of "time remaining" showing a linear symbol that rotated clockwise I heard the soap dispenser door open and the "time remaining" display is counting down from 62 minutes. No sounds or vibration are emitted from the dishwasher during the wash cycle. At the end of the timed wash cycle the water drains from the unit as expected.

I removed the wash pump and the unit can be made to spin inside when the gear is turned. I attached a multi meter and the resistance of the motor was ZERO. I tested the ground and there was no reading on the meter. The wash w motor capacitor looks normal without discoloration or bulging.

What should I look at next?

With the power removed from the dishwasher, can you test the continuity of the connection from the control board to the wash pump motor?

As your motor seems to test OK (ZERO Ohms is OK apparently and it is not s/c to earth) then the power to the motor is missing either due to a wiring fault (connector problem possibly) between the control board and the motor or because of a fault on the control board, software or hardware.

Here is a link to a website where in post #2 there is a link to an attachment which I think has the tech specs and possibly the diagnostic test information. I say think because you have to register to view the attachment (Attached Images GU2700 -1.pdf).

Hopefully if you register (it seems free) you will be able to access it and get better information on testing your dishwasher.

Here is a link to the parts for your dishwasher. although it seems that you may be 1 or 2 digits short in the full number you posted as there seem to be more model variants with differing last 2 extra digits. It is just shown to give you an idea of the price if the control board is your problem.

Thank you for your input.

I know this thread is old but in case someone else googles this problem, I'll tell you how I just fixed mine. First, there's an awesome video on YouTube that walks you thru the steps. I ended up taking the pump motor unit completely out of my whirlpool dishwasher. Mine is less than 3 years old. I removed the actually motor and cleaned it out. Nothing looked wrong with it! It just had gunk in it! Put it all back together and made sure all the wires were securely connected. Turned it on.... AND IT WORKED!! Hopefully it continues to work

Thank you. We will try that.

Had the same problem which was caused by the simplest failure not mentioned anywhere. The power-in contacts on the motor unit are aluminum, at least on my unit, and if they corrode which is likely, continuity from the control board through the plug to the motor can be lost. The result is that the motor not running when installed but will test fine when removed and separately powered. Power will also test ok out of the control board. Clean the corrosion and reseat the connector and all works great. No money spent and problem goes away until corrosion sets in again. Electrical plug contacts should be at worst copper or brass and at best gold. Aluminum wires and terminal connections caused thousands if not millions of problems in houses from corrosion built in the 1970 but we never learn.

Had the same problem, machine filled with water but after that nothing happened. It goes through the cycle but the soap door never opens and the pump never runs. I read a bunch of posts online and decided to go with the pump and motor assembly. I took it all apart and tested the motor with a couple of power leads and it worked fine.

Read some more and found a bunch of posts suggesting the door latch, it made sense if I open the door while the machine is running the pump stops. Since I already had evrything apart I checked the operation of the latch and found it was showing signs of ware but no way to actually fix it without replacement. I did see that it would be possible to close the latch with a little help and thought I’d try it. Put everything back together, turned on the power set the cycle and pushed start. Before closing the door I used a small screw driver (you can use anything , an icepick, toothpick, just something small but strong) to operate the latch. If you look at the latch in the door you will see a plastic (mines white) catch if you push to the right of that you will pusk an arm that releases that catch and allows it to operate the switch, you will hear it snap, when it does close the door and let the machine run.

It works, and so far I have left a wooden skewer beside the dishwasher to push the switch each time, I haven’t bothered to replace the latch don’t know if I ever will.

I strongly recommend that before you replace the pump and motor and even before to take anything apart try operating the latch manually and see if it works.

Exactly the same fault for me. (My model is a whirlpool 6th sense ADP 500 WH) The latch is a bit worn and the main circulation pump fails to run. Strange that it will drain and fill ok first though.

Solved for me by just giving the door a firm tug upwards once closed to make sure the latch is fully engaged. Saves the silly £80 they want for a new part!

Many of the Whirlpool dishwasher have intelligent wash motors on them now ( Stupid motors) . They should not read 0 ohms . This is a dead short. But rather they should read low ohms ie: 3 up to 8 or 9 ohms. It turns out that many of their motors are failing because they are not drawing and exact amount of current and when this is the case, the main circuit board will not supply enough power to make them run. Most of these smart motors ( stupid) have internal circuit boards and also can stop the motor from running. I experimented on a motor of this type and bypassed all the internal circuits and behold the motor ran with 120 ac applied. I don't suggest doing this!!! Why build complicated motors. Just make one that has just

motor windings and NO internal circuits . A 30 watt microwave bulb is a good substitute for the load of this motor and will let you see if the main control board is good or bad. Be very careful with the 120 volt connector that is used to connect to the motor. It is delicate and will have live 120 volts present when the main control board is sending voltage to the main motor. ( plug is removed from the main motor for this test) This bulb test will prove if main circuit board is supplying proper power and will also check out the wiring to the motor. Hope this helps someone.

I just wanted to add to this for anyone in the future that if you run into a dishwasher not draining and have run through most of the other checks like I have, also check that the wires from the control board to the pump have continuity and visually inspect them along their length. Turns out that after trying literally everything else to fix my KitchenAid KDTM354DSS5 with no luck and lots of head scratching that one of the wires was broken to the drain pump. It looks like it was somehow caught and crimped in the plastic shield and eventually broke the wire. I soldered and heat shrinked it back together and like magic the drain pump works again!

Things to check for a dishwasher that won’t drain: