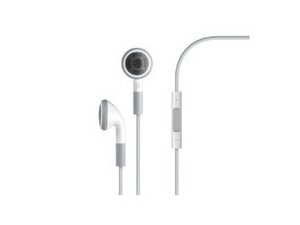 Apple Earphones with Remote and Mic

Repair information for the Apple Earphones that include a remote and microphone. Released in 2009. Model number: MB770G/B. 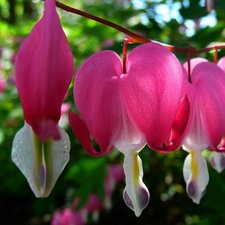 How to fix the microphone on headphones?

My micro isn't working but both earbuds do.

April Hudson, The first thing you may want to try is cleaning out the earphone jack on your device and the small mesh screen on mic.. Lint/dust/debri can get lodged in the port, not allowing the connector to make good connection, use tooth pick to try and clean jack out and then retry mic.. 1st link below is a tear down guide which can get you inside the control/mic to see if there is ant evident wires off or damage that you may be able to repair. The other 2 links are just a little more info. on trouble shooting earbuds/mic.. Good luck.

I am not sure which Headphone you are using, I would say if you want microphone feature in a headphone then you should consider some good quality stuff that can work for longer. I am using Sony headphones with mic since 4 years and its working well to me. So branded stuff always makes a difference

super true. i used to have sony headphones too.

Hi. This is old - but I am answering as I had a similar issue, except for it being Apple Airpods, not Apple earpods (similar sounding, very different) - both mics weren't working - and solved it fairly easily - and so I would hope someone sees this and tries it first before resorting to opening up their Airpods and breaking them.

All I had to do, before going to an Apple Store to get them replaced free of charge (if warranty covers), was to reset them by holding the button on the back of the case with pods in the case for about 40 seconds or so. You have to re-pair them with your phone / whatever. Mine started working perfect again after that.

I wouldn't advise mucking about with toothpicks or putting anything at all into your AirPods (Earpods might be a different story) - the metal mesh is tiny so that lint doesn't get in there. Wood fibres would get stuck inside instead if a toothpick was attempted to jam into those tiny mesh holes - and opening up an apple AirPod will destroy them - they do not go back together and are not designed to be opened up - and of course you would void warranty.

I’ve been having trouble making my iPhone headphones mic work, but nothing seems to happens all you can hear is “Bzzzzzzzzzzzz”

My earphone works fine but the mic isn’t. It happened yesterday when I tried to smule and found out the mic of my earphone can’t record my voice. Sigh

Can you update about the issue of your post. I'm also facing same issue.

I am not sure which Headphone you are using, I would say if you want microphone feature in a headphone then you should consider some good quality stuff that can work for longer. I am using Philips headphones with mic since 4 years and its working well to me. So branded stuff always makes a difference