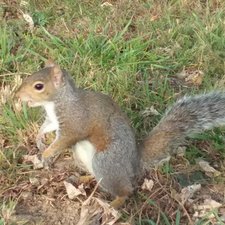 How difficult is it? Soldering required? Is it not a simple plug-in replacement?

Looking at the part for sale on ebay it doesn't appear to have a ribbon cable pre-attached, so I'm wondering if it's not just a plug in and done repair. The Samsung S2 and others have charging assemblies that are replaced as a whole unit, so does the T350's USB port have pin-style connectors or what?

There are other manuals and guides on here for the SM-T350 (headphone jack, battery, etc.) but none for the USB port so I'm thinking maybe its not as simple as those.

If you've replaced the port on your Tab A8 I'd appreciate any info you could give on the procedure and any tips you may have learned while doing it.

In step 8 of the motherboard replacement guide for the 8.0" Galaxy Tab A 350, there is a protective cover plate for the USB port that is removed via two 3 mm screws. There is no flex cable. (It does appear that other Galaxy Tab models do have flex cables, probably hence the confusion. The YouTube video cited is for a different model: also a Galaxy Tab A, but the 9.7" T555 rather than the 8.0" T350, I believe.)

HOWEVER: once the protective cover is removed, what is revealed is the back of a standard USB port, with its four soldered anchor points. Once the motherboard is completely removed (see my comments on this procedure--some connectors need to be disconnected first that are not mentioned in the guide), and flipped over, the USB port is seen to have seven pins as well as the four anchors, which must be microsoldered to their pads. Only the middle three of these are really small; the other four are (relatively, for microsoldering) fairly large.

But this is in fact a rather standard micro USB port replacement, soldering and all. There's just a screw-on protective plate over it on the motherboard.

IN CASE IT SAVES SOMEONE ELSE: please pay careful attention when removing the back cover of the device at the very beginning of this procedure. If you think of it as removing the back cover (and not the front display) you'll be OK. I inserted my spudger between display and motherboard rather than between motherboard and back cover, and succeeded in shattering my display despite a pre-installed glass display protector. Sigh...

AND, IN CASE IT REALLY, REALLY SAVES SOMEONE ELSE: replacing the USB port on my Galaxy Tab A, although it provided me much microsoldering practice (and Galaxy Tab disassembly practice), did NOT solve the problem of a loose connection between port and cable. What did that was (very carefully) clamping down on the back of the USB port with a pair of pliers, and then double-checking continuity of each pin with a micrometer to make sure I hadn't broken any connections. This still requires removing the motherboard and protective USB port cover, but does not necessarily involve microsoldering, and does not require a new port.

(I attempted to solve the connection problem at the cable end, by raising the two connectors on the back of the cable connector with a needle, a procedure I found on YouTube. In my case, this only resulted in a red X through the Samsung charging icon--Samsung's signal that there is a connection, but charging is not going properly. Still, might be worth trying, since it's so much simpler and less hazard-prone...)

Thanks, I did notice the video was showing a 9 inch model. I haven't yet tried to replace my USB port (I'm still balancing the tab on the plug and putting a little weight to hold it down when charging, as it only makes contact in an oh-so-precarious position and angle lol). Would love to hear how it goes for you and especially if any soldering is required.

Soldering is required to replace this port, although other things can be tried first (see above: pulling the two pins on the charging *cable* out slightly, tightening the port with pliers, leaning your tab or your cable on something as it charges...)

For someone who does microsoldering, this is among the simpler repairs, though, and should not be too expensive. IMO it IS best done by someone with the proper setup and equipment, though.

There are YouTube videos that use only a hot air gun (designed for electronics), but if something goes wrong you're stuck. And if you overheat another component or damage the USB port's attachment site, you're looking at a more expensive repair.

(Full disclosure; I do microsoldering, so I may be biased).

(re Tech answer below)

The charging cable can't be found on eBay because there isn't one.

Darla, I routinely do this when replacing ports, especially Samsung. Obviously it has to be done carefully, but I find that even brand-new ports are somewhat loose and can be tightened this way. It could be done without replacing the port. I remove the circuit board from the tab or phone, insert a micro USB cable (that is NOT attached to power!), and then carefully and gently use a pair of pliers to compress the port toward the board from both top and bottom. Then I check tightness and adjust accordingly. If your port is really loose, this may not help. You may need a replacement, which requires soldering under a microscope. But if it’s only somewhat loose, it may be enough, at least for a while.

I am a phone/tablet technician who does microsoldering, and has replaced many Tab A ports.

So want to replace mine???

I would strongly recommend replacing the charge port with the same type of charge port that was originally in the device, which I assume was micro USB. While the extra current provided by a USB C port shouldn't be a problem (the device should only draw as much current as it needs), USB C chargers can also operate at more than five volts, and that is potentially a problem. A device designed to operate / charge at 5 volts, which a device with a micro USB port would be, should not be provided a higher voltage than that.

Many eBay sellers, including me, sell new ports for a whole variety of Samsung devices for very affordable prices (I charge $2.99).. this would prevent you from having to desolder the port from an existing board, which is not a trivial procedure.

Almost all of the USB ports that I sell are Samsung. I don't know what it is about Samsung ports that makes them so much less stable than other brands, but they clearly are.

Bonnie, do you sell the rear camera for Galaxy Tab A’s? I think mine is only 7”

Thanks the port I ordered was the correct one I think e-bay had the wrong description, the part was around $30 and it took me 20 minutes at worst to replace, so much for Samsung's quote of of $180.00, I wish I was paid $540.00 an hour nice work if you can get it. Makes me think twice about the value of their product warranty.

The part pulled out at 4:31 in this video is what you need Samsung Galaxy Tab A Disassembly

Search for "SM-T350 USB Port Ribbon Cable" on Google since I don't see it anywhere on Ebay.

Oh ok so its a different part from the one on ebay.. it has the ribbon attached already i see. The part on ebay is the metal port only.. i see it screws in instead of soldered anchors, thats good..

I will be starting this project tonight. My tab A is paid for and been with me for a long time. The plastic inside the port broke first, I was lucky in all the pins stayed in place so I got a few more charges to play and get all my files backed up before two of the pins broke and now it's no more then a paper waight. I didn't buy anything off ebay and plan to just take the parts off another device. I'm also looking into if I can change it to a type C rather then oem type B. I'll record it and post it on YouTube if it's successful but will let you know my findings either way. I have replaced ports on other phones before and also am an active drone pilot so I do decent soldering and have a basic knowledge and experience level with chips and wires that this should not be impossible for me to do. I love my tabA and will take every precaution.

@FattyBBB When you say you're going to swap in a port from another device, I hope you mean another (same model series) Galaxy Tab A. These ports are very different at the end that attaches to the circuit board, and you need a precise match. After all, they do more than transfer charge. They also transfer information to the device about the charge state of the battery. Continuing to provide voltage to a fully charged battery could be very dangerous. As far as switching to type C, I'd strongly advise against trying it. The downstream components are spec for 5V, and you'd risk destroying them.

@Fatty BBB any luck? I two have the charging port issue on my Tab A 8.0.

I tried something completely different. I have very amateur abilities with basic repair in computers, tablets. In searching for answers to charging issues, I did find the port on my Tab A was soldered. I looked over the port, and then the cables themselves. What I noticed on USB charging cables is sometimes they may be bent a little or a lot from constantly being plugged in and unplugged. After making sure dust and debris was removed from both port and micro end of the USB cable, I tried slightly squeezing the micro end “back into shape”, and it tightened up and charging was noticeably better, but not perfect. I am wondering if we can slightly squeeze the port back into shape as I did with the micro end. It would then be tightened up as well which may be what is needed. One of you may have a moment to try it and let me know. If it works, I can reopen my Tab A when I have time and try it myself. And, at that time, I can fix the rear camera issue that happened when I put the Tab back together. I obviously didn’t have the camera and cable placed correctly, and I now see a slight dark spot on my screen where the camera and cable are pressing on the glass..

Thank you, Bonnie. If I had just learned this recently, then many others may be also just learning. That’s why we are here :) . And now, thanks to you, I will be able to do the “tightening” properly. It may mean my/our problems can be solved simply. If not, at least we will know if in fact the port will need replaced. Thank you.

You're most welcome! As far as the camera, that shouldn't be hard. Pick up some isopropyl (rubbing) alcohol, and a microfiber cloth. A cloth designed for cleaning glasses is perfect. Take out the camera and put a small amount of alcohol on the lens, then wipe carefully with the cloth to remove any dust that may be there. Then, without touching the lens, carefully replace the camera. Make sure it is well seated and that its connector is firmly attached. Reassemble the tablet, and your camera issues should be gone.

This is a little of subject but I have a Galaxy 8” either T290 or T295 with similar issues, Of course not covered by warranty, you seem to be able to purchase the whole PCB off e-bay but the rub is they either don’t say its micro-USB or they say its usb-C, Anybody know if you can simply use USB-C. I refuse to pay exorbitant repairs fees on a tablet barely 6 moths old perhaps Samsung should build a better product in the first place.