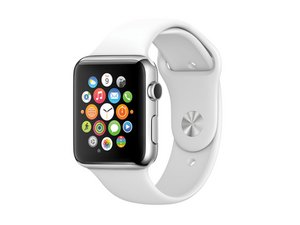 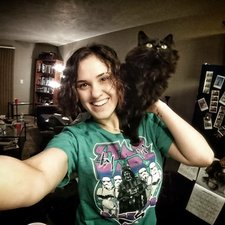 I work at a repair shop and apple watches are something that we are just now starting to repair.

I replaced the screen on a apple watch and the touch is not working i have tried 2+ screens and still not working.

is there anything i am missing or info i should know?

Did you get this working? I'm having the same problem after trying two new screens from iFixit

same issues with screens from ifixit

I bought 2 apple watch series 3. 1 icloud locked and one with the screen broken.

i took the screen off the locked watch and put it on the other but i cannot get the touch to work. I was able to make it work only once or twice. I didnt put the adhesive yet for the screen.

do you know what else i can do

I did an apple series 3 screen swap from a donor series 3 and the touch worked 1 time. Can swap the screens back and forth and the touch works when mated back to the original donor watch. Can’t get touch to work on the non donor watch. Tried resets, tried in pairing, basically everything I have read. Any suggestion? It’s a great watch to tell time now just useless without touch.

What generation watches are you having this issue on? Are you replacing the entire assembly or just the glass/digitizer?

I've replaced a good number of screens on the first gen and Series 1 watches and so far I've found out a few things:

2. Some Apple Watches just don't like certain screens. I've seen this happen a lot when I have pulled assemblies from a parts donor and put them on the watch to be repaired. The donor assembly either won't display anything at all, will get stuck in a boot loop, get stuck in the flashing charging cable loop, or touch doesn't work. So far I've had pretty good luck with disconnecting and reconnecting the battery, swapping for a new battery (probably the same as a disconnect though), and running an update with the new screen in place. But again, the timing need for the update can be an issue. Also, there's something to be said for doing a force restart several times. I've had a couple instances where that brought functions back slowly or all at once.

I haven't found a common denominator for the above problem yet, but I haven't gone back to the donor watches to compare OS versions, etc. It doesn't seem to matter if you are crossing parts between first gen and Series 1, or if you are staying with identical models.

I've only done a few Series 2 and one Series 3 so far. Other than the adhesive being a lot stronger, they are all around easier to deal with and I haven't had any issues with them.

I did the same thing , I’m guessing we need a new touch sensor to replace the old one , I have not touch capabilities but the screen works on the old donor series 3 , also their is a little gold connector in the top left corner mine fell off , how can I fix that anyone with insight please help thank you