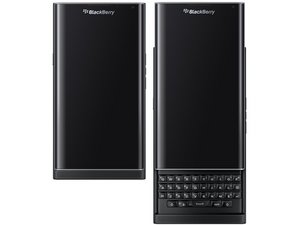 The BlackBerry Priv is a slider smartphone developed by BlackBerry Limited. Following a series of leaks, it was officially announced by BlackBerry CEO John Chen on September 25, 2015, with pre-orders opening on October 23, 2015 for a release on November 6, 2015.

Did I end up frying my Blackberry PRIV?

I recently bought a Blackberry Priv whose touch wasn't working and it had a black spot with a vertical and horizontal red and green line lit up ...

I wanted to access the phone through a OTG, i was able to briefly get the mouse cursor, but turned out the OTG had a loose contact, and the cursor wouldn't show up anymore, so i ripped my OTG cable and set out to rebuild it as a DIY project ... after much trial and error i think i was able to successfully build one.

I connected my DIY OTG and the cursor was back on the screen, however when i tried to operate it on the screen it left a trail of pixels when swiped on the screen ... scared thinking i may have damaged the screen i immediately rebooted the phone ... on reboot the trial of pixels weren't there anymore ... THIS WAS PROBABLY MY WARNING ... HAD I HEEDED ... i wouldn't be here writing this thread ... but i guess whats meant to be will happen anyways.

The mistake is that i wanted to check the voltage on the OTG cable when it was connected to the device ... i took a multimeter and touched the Ground and Vcc points on the OTG USB side to get a voltage reading ... poof the PRIV went DAAAAAAAARK ... aka ... DEAD ???

Is that the end of my device ?

is there any safeguard build in android phones at the micro USB charging port end, something like a fuse(an IC, transistor, some component that will bear the brunt of a faulty charging wire/data cable) that will protect the sensitive and critical parts of the device ?

If i have to proceed the hard way ... is there a circuit diagram available for Blackberry Priv so that i can track back the components which might have been fried as a result of the STUNT (of touching Vcc & GND on the OTG cable) i pulled ?