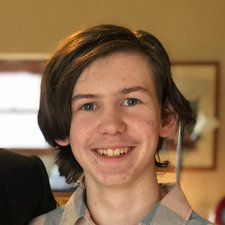 How to upgrade hdd in a ssd+hdd Mac mini?

I just got a Mac mini 2014 and I want to upgrade the 1TB fusion drive with a 2TB SSHD. I’ve looked inside and it has a PCIE ssd in it and a 1TB hard drive. The problem is how do I format the two drives the way that they currently are? And I don’t want to set them up in a raid config.

A Fusion Drive is a special setup of two drives a standard drive and a small SSD. When joined the SSD is no longer seen as its only purpose is to cache more heavily used files from the HDD. So basically the OS copies off the files from the HDD and places them on to the SSD where they are more quickly accessed.

A SSHD hybrid drive is very similar unlike the Fusion Drive the task of moving files from the slower HD to the SSD is all done within the single drive!

OK to upgrade your drive you need to first break the Fusion Drive set following this guide: How to split up a Fusion Drive at that point you can disassemble your mini to replace the HDD with the bigger SSHD following this IFIXIT guide: Mac mini Ende 2014 Festplatte ersetzen