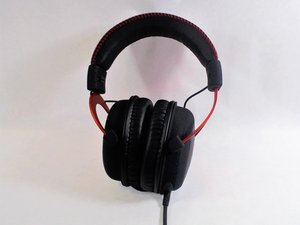 So the original cable of my Hyper X Cloud II went through quite some traveling/abuse and so first my mic stopped working and sometime later one of the ears too. Then I finally took it apart and measured that 3 wires where already broken and I would have to cut quite some length of cable to fix it since it was on the headphone and connector side.

Now I replaced the cable with a 4 core wire instead of the original 5 core cable but now my mic became so quiet it's just unusable. I tried everything and checked everywhere to turn the volume up and installed equalizer pro to boost it more but its almost definitely a hardware problem.

the resistance between the input for the mic and the audio plug is 1 ohm on both ground and mic pin. can that be the problem? seems low enough for me.

can it be that the ground wire for the speakers and the mic is shared over 1 wire now?

should I buy a 5 core cable then or one with thicker conductors or both?

Any help is much appreciated!