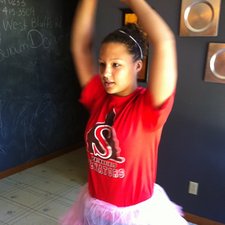 I replaced the front glass assembly on my iPhone 4. After putting it back together, everything works great but the wifi. I do get wifi but only if I'm a few feet from the router.

I have tried other screens and even put another motherboard in the phone but no better. I tried replacing the wifi antenna cable but no luck there either. I also tried different backs with no luck.

The phone was damaged (I bought it that way) slightly at the top where the headphone jack is. I used a pair of pliers to straighten the frame before putting on the screen. There are no cracks in the metal frame.

I'm at the point where I'd use a 3GS instead of this cause I can't get usable wifi anywhere.

I have the exact same problem. Replaced front screen and Wifi is very poor. In order to get full wifi signal I have to be like 5 feet from the router.

take a look at this solution and see if it helps.. wi-fi distance was reduced

It sounds like you have replaced pretty much every component that could be causing the issue. Have you verified that your router is working correctly?

Otherwise, sometimes the oils on your hands can interfere with the wireless signals. Make sure all the components you handled are cleaned off. I little bit (emphasis on "little") of screen cleaner or even Windex will do.

I had an iphone 4 in for repair last week and compared parts on it to the parts on mine. Specifically looked at the EMI shield and mine was missing what turned out to be a crucial piece. I actually found it and replaced it and now my wifi is back. I did order another complete EMI shield in case that happens again - cost only $12.

I think I know what you're talking about. I remember seeing a metal piece on that shield that the screw goes into. It must have fallen out as I don't see it. Where did you order that EMI shield from?

I ordered the part from www.powerbookmedic.com

I Search the EMI shield in the near of the battery connector, i Found only One Store an there is it out of Stock ...

I ordered mine from Parts4repair.com, sure is taking a while to get over here.

i hope its helps, the signal antenna its the back glass top, when you remove the screw on the battery connector the oil on your hand affect it, so what you have to do (for me works) its clean the little metal that makes antenna together with the back top and the top, try it, it improved signal on my iPhone 4

I had the same problem and i found the answer was that the little metal clip wagon the black wifi protector was missing. I ordered one from China for $2.55 and replaced it and it works fine!!

you can buy it at http://www.dealrepairs.com