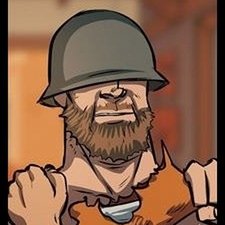 Camera starts as a black screen. Switching from front to rear will then show a warning sign on the top left corner.

Flashlight will not turn on. Clicking the flashlight button automatically moves it back to off. Sometimes the phone displays a message that it needs to cool down before turning it on.

GPS does not pinpoint an accurate location. It doesn’t get too far, but never right.

Certain operations on the phone cause it to have trouble booting. For instance: I once entered DFU mode and the phone would sometimes freeze on the apple logo or distort its screen and then restart. This has also happened when I tried to test another screen on it or replacing the GPS antenna and the rear camera(to no avail). Once the phone reboots once or twice after a procedure like this, it seems to remain stable, even if turned off and on.

I suppose I should mention I don’t know how the phone came to be this way. I bought it in a worthwhile gamble with the screen smashed. The phone is at iOS 9.1. I would prefer not to have it updated nor do I really believe it would fix anything, as has been in the past.

Clearly, a board issue, and having no experience working on these, I thought I’d take it to someone specialized in them. Still, this being a site were we work together to get any kind of repair done ourselves, I thought I would ask here for any input on the problems, and if there’s anything I could do or learn on my part.

Has this device seen liquid? Sensors red or white?

Would you be so kind as to tell me where I can find these sensors?

As Jake suggests, this phone may have been contaminated with water. The easily accessible indicators can be found here. There are also some LDI’s on the logic board.

The fact that the phone was smashed is also problematic. All of the symptoms you state are caused by excessive heat internally. The problem could be modular in nature or it could be at the board level. You could try to disconnect one module at a time (camera, sensor etc.) to see if you can identify a culprit. That requires time and lots of replacement parts. It’s a great learning experience though.

In the end, you initial assumption is probably the best one…have it looked at by a shop :>).

So I take it to the local shop and this bloke doesn't even let me quit speaking to tell me it's a problem with the IC. Says there's some soldering required and that there's a chance things go awry and the phone gets toast. Asks me about 60 euros for the work.

how much am I getting ripped off? What's the IC? How specialized is the work, exactly?

There's more than one IC on the logic board and you have more than one problem with this phone. I would personally be a little dubious of anyone who offered a diagnostic like this one without even looking at the phone.

Try another shop to see what they say.

Ok, second phone shop took it in for 2 weeks to no avail. Am guessing water damage was the cause somehow considering the sensor by the sim tray is missing. Will pick it up tomorrow and sell it as is, unless there is a better suggestion?

Here are the liquid indicators on the mainboard and the frame. You can see the one under the sim card tray without opening the device, simply remove the sim tray and get a light in there and it will be on the frame side. There is also one on the screen if it is an OEM screen. 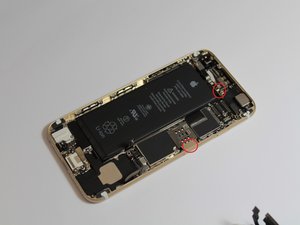 The SIM indicator is missing, but the top indicator is white. I suppose I should mention the phone has probably been opened before, as one of the screen screws from outside is missing. Could not find the screen indicator.