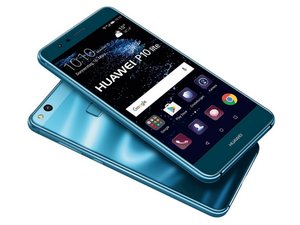 Dropped a phone into water, tried to repair but now does not charge

Dropped a phone into water, dismantled, cleaned etc. Now it work again except for audio (minor problem) and charging (major problem). Even tried a new battery.

My father-in-law dropped his new phone in the bathroom sink. Unfortunately it was full of water… Lucky him, i’m pretty good at fixing stuff. Not-so-lucky me, smartphones are quite out my comfort zone… But i was confident because the only problem was a flickering screen. Touch, vibration and the charging led appeared to work.

So, bought a brand new iFixit kit and started fixing (apparently without breaking anything), found some water inside, cleaned with a dry contact cleaner, a brush and tested again.

Aaaand nothing, same problem, with a closer look (and a magnifier lens) i found a resistor (i think), under the front camera flat cable, detached from one side. With a bit of soldier paste, a very steady hand (not really) and a careless attitude (a lot of this) i put that little rebel back to its place. And the magic happened! The screen now works again.

Connected to a power supply, checked the touch screen, the connectivity, buttons, audio won’t work (i’ll deal with it later), the power led turn on, but, the percentage won’t grow… Actually it’s decreasing… Turned it off again and checked some spots with a multimeter, the power board seems to work and the flat cable too, but i have no idea what kind of value i should find, the micro usb have the 5v, the flat cable and the battery “plug” have some 1,79v and there is a “point” with a + sign that gave me a 0,11v.

Replaced the battery with a new one (worth a shot) didn’t solve the problem and i’m here, out of ideas, looking for help. I can provide pictures and other details if needed.