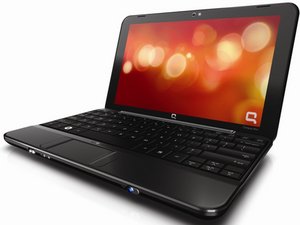 The Compaq Mini 110 is smaller than a traditional laptop making it very portable. It's great for doing work on the go and it's easy to sync with your main computer making the Compaq Mini a great companion. 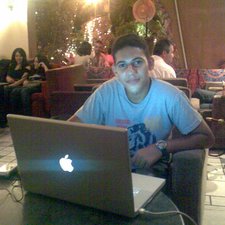 I bought a Compaq Mini 110c-1111ev 1 year ago, & it had a very big problem with booting up the bios software when turning the notebook on, when you turn it on it stuck with Q logo, I went back to the store & they changed it to me, but they gave me another one with the same problem but it boots up after a long time, I went back but they refused to change it & direct me to the maintenance, & the maintenance dept. told me that it works great!!

3 times they said to me that till I left it, nowadays, I'm in need to use it back but when I turned it on I remembered it's problem & I want to fix it, I tried to flash the bios & update it after it boots to windows, but nothing happened, it still stuck on Q logo when I turn it on for a long time!!

According to my sources you hit F10 after the power button to get into bios for your model computer. I don't think the bios is your problem though--sounds more like a software problem to me. You may want to try running your anti-virus and malware problems. If that does not clear your problem you may need to reinstall your operating system.

Do you really think that if I installed a fresh copy of operating system it will start fast when turning it on, I tried this before but with nothing good, the notebook came with Windows XP Home Edition, & I installed WIN7 on it, it became faster for a little time then go back again to turn on so slow again after that I tried to install WINXP back but it's more slower in booting up to the HDD after turning it ON, then I went back to WIN7 but the notebook works slow on it as it's a heavy system, I don't think the problem is software issue, it's something wrong with hardware, another thing may inspire you to help me, if I restart or standby it it wakes up quickly but when I shut it down & turn it ON again, it starts slow, it keep stuck on Q logo for a long time then boot up to HDD or what ever the booting device (USB, CD, ....etc), I wish if you can find a solution or confirm to me your answer, thanks a lot for your support

I've formatted & repartitioned the whole H.D.D, still the problem exists, I guess if it's something wrong with the software or even a virus it should be removed, so now what? :(

I am including a link to a guide on resolving slow startup with Win 7. If you do not find the answer to your problem here google "slow startup on Win 7" for more help. Good luck.

Reset it to factory default . Removing the battery and ac power then press and hold the power button for more than 15 seconds. try it.

for got pass word can't get in

Apparently your system seems to have a large boot load, Therefore you can perform a start-up check by MS config. Please follow the steps below:

In Run windows type Msconfig and then press enter.

You will see a window opened with different Tabs in front of you .

Go to the Tab Start-up.

After that your system will prompt you to apply changes and restart your PC.

Go ahead and accept that option and you will see a drastic change in your Start-up. Thanks