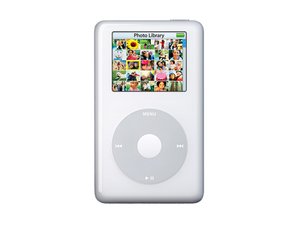 Why doesn't it work when unplugged?

It works when plugged into pc. It shows a full charge but doesn't turn on when unplugged. What is wrong? How can I fix it?

Sounds like replacing the battery would solve the problem.

I had a very similar problem. The charge on my 4th Gen Photo battery would last less than 30 min. before completely depleted. In addition, I would plug in the firewire charger into a wall outlet noting that the date and time would reset to Jan 01, 2000 0000hrs. I did not lose any on my tunes. Thus I only listened to it if I was able to plug in in to an outlet somewhere.

After seeing the replace battery suggestion noted above, I did just that. I disassembled my iPod and discovered that the battery within was bulging from the center --- (I had a similar problem with a cell phone battery that fail to maintain a charge) --- swapped out the batteries, charged it up and have not had a problem since. With the proper tools I had purchased here at iFixit (yes, you need the spudger to remove the old battery), my total repair time was less than one hour.

hi, mi I pod got stuck on one song and it will not turn off or change to any tracks, what could be wrong

Have you tried a soft reset first to get back to the startup screen?

After charging with PC USB it got stuck with eject option. But nothing is happening with My Apple IPOD just showing msg eject before remove.

tell me what i cant do