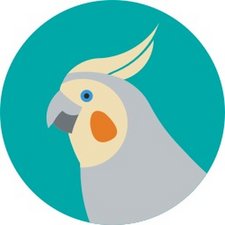 The phone won’t charge/boot up with an empty battery. If I install a battery with a charge the phone boots up and charges just fine.

At first I thought the battery might be faulty, so I bought a new one. After installing, charging it up to 100% and then draining it completely until the phone shuts down, I get the same result. The phone refuses to charge/show the red battery icon on screen. Put another test battery in it (charged using a spare 6S) and the phone boots up / charges just fine…

It sounds like the tristar ic is blown. It's the chip that controls charging and data transfer and can go bad from using a aftermarket charging cable that isn't MFI Certified. It can cause voltage spikes which can damage the tristar ic. A repair shop can test it and it only takes a minute and most likely they won't charge you to test it. It will need microsoldering work to repair it. You can find someone local or you can send it to someone. The two people I would recommend is jessa from ipad rehab ipadrehab.com or Jason from sts telecom ststelecom.com.

Thanks for the input! However where I live, in Belgium, we don't have such places unfortunately (not that I know of). I've never come across a repair shop that would actually attempt to do board level repairs, they just tell you that the board has to be shipped to Apple :(

You can mail it to jessa at ipad rehab ipadrehab.com. she does repairs from people around the world. You can see her on YouTube channel ipad rehab.