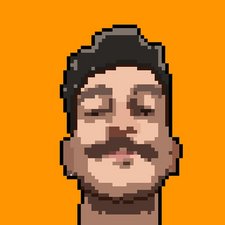 Hi all. My problem is a bit odd or I’m just not accepting a completely dead battery.

For the last couple months, my Macbook Air (Early 2014) has been dying after 10-20 minutes of not-connected usage. The battery almost doesn't go below 90%, it simply dies.

One weird thing is, it has been 619 cycles so far and Coconut Battery -plus other battery apps give 77% battery health. This battery health level is also changing every time I plug in & out my charger, but somehow it fixes itself to 77% after a little time. Well, of course I’m not expecting a 10-hour performance from my old mac, but it should be able to survive a couple hours (maybe not even the whole 77% of full life), right?

Today I had opened the back cover and removed & reinstalled the battery as a desperate try and I realized one of the 4 cells is a little swollen. I suspect that is the first cell my Mac tries to use and since it’s swollen, it just causes my Mac to shut down? No idea about how the 4-cell system works so this is a very rough guess. I actually wonder if it’s possible to maybe remove that swollen cell completely and use the remaining 3 relatively “healthy” ones.

I also suspect that my Mac’s performance has been strongly affected after this battery issue I have, is that a normal, obvious thing, or am I just making this up?

If one cell goes thats the end of the battery as power source is a combination of cells in parallel as well as in series!

Time for a new battery sorry ;-{

Well, it is what it is then... Appreciated Dan!

@merto - Don't forget to score and accept the answer - Thanks!

It’s not really possible to do this. Also, the fact that one cell is swollen means that the others likely aren’t in good condition either. It’s unfortunately time for a new battery, sorry. They’re not expensive though, I did this repair on my 2012 MBA and it was only about $30.

Thank you, well that's the only way I guess... Could you please let me know how you managed to change it for only 30 dollars? I figure it was not an original Apple battery?