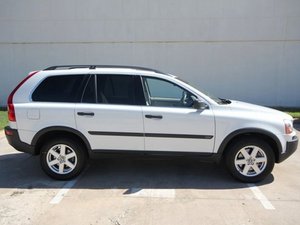 The Volvo XC90 is a mid-size luxury crossover SUV manufactured by Volvo since 2002 and now is in its second generation.

Why does my car randomly stall?

Recently though, it's been randomly stalling or not starting. Some typical cases are:

But, all of these are seemingly random. No regular interval (could be a couple of days, or many months), no adverse conditions, no other symptoms.

More recently, it's been idling a bit rough. Normally it's around 650 rpm, but it's hunting between 500 and 900 ish. A couple of days ago it stalled at a junction and wouldn't restart so it had to be recovered. The recovery guy plugged it in and had a 130a fault (leak near MAF sensor) so put it down to a vacuum leak.

Over the past couple of days I've carried out the following:

Started her up and it's now idling at around 500 rpm, which for the most part is smooth, but it can dip like it's going to stall (but doesn't). I don't think it did before, but now it feels like a slight hesitation when revving, which is much more obvious when revving hard and sudden. I put this down to the fact that the idle speed is lower than it was, but it stalled again and wouldn't start for a while.

I'm thinking the next thing would be to try to access and clean the throttle body but it's hidden away under the intake manifold and doesn't look so simple. But, to me this doesn’t explain why it wouldn't start.

If its randomly doing it and not under one set of circumstances I would check basic things first like plugs, coil packs and filters. is there any codes on the car now still and does it stall just sat still on the driveway? could always change the crank position sensor, relatively cheap and easy to do and would eliminate one possibility. if its still hunting for an idle and going up and down then yeah the throttle body would be worth a go at and then I would check the cam position sensor, timing related rather than air leaks unlike the original code but depending on the age and history of any timing jobs being or not being done depending on if its belt or chain then it may be the timing out slightly if its randomly stalls. If its a turbocharged engine an air leak would normally be noticeable all the time, have loss of power, constantly hunting for a stable idle and under load too and would have to be a pretty big leak to stall and you can usually hear a different sound through the turbo when the pressure is built up and then let off the gas kind of like a blow of valve noise on the modified diesels the kids fart around with. hope some of this helps and you get it sorted.