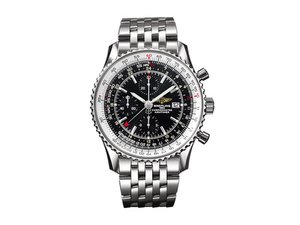 I have a T-Touch Z252/352 which has always been sent to Tissot for battery replacement. They are now refusing to do it and my watch guy won’t touch it as he says it’s a job for Tissot. Catch 22.

There are a few guides on YouTube but I’d love some real advice or even and ifixit guide.

Has anyone out there done this battery replacement?

It can’t really be harder than an iPhone… can it?

Here’s a video that may help.

It doesn’t specify the exact T-Touch model so hopefully it is also relevant to your model.

Once you have opened the watch take note of the orientation of the original battery (e.g. +ve side is marked on the battery) before removal so that the replacement is inserted the same way.

The battery type number can be found on the battery itself when getting a new one.

ifixit has a range of pry tools that may be safer to use and also cause less damage to the watch than using a blade as shown in the video.

Any waterproofing may be lost after the watch has been opened. Since Tissot did it before then presumably it would have been made waterproof again but maybe not. Just a thought

Thank you for your answer. It covered the basic points of watch battery replacement but I am looking for something more specific to this watch.

If you watch this video, which I had already bookmarked, you can see that there are two covers over the battery. What are they? Do they need to be treated with care? Should I avoid metal tools? etc...

Given that this guy opens the watch with a kitchen knife I think we can assume that he's not the most cautious worker.

Why won't my usual watch guy touch this watch? What are the things to look out for? I know there are a lot of sensors (thermometer, pressure, etc.) in this watch. Is that what I need to be careful with?

If it were any normal watch I'd jimmy it open and stuff in a couple of AAs. ;-)

I think what the two covers do is to first hold the battery in place (the silver metal looking one) and provide a electrical connection from the top side of the battery to the watch and the second cover (black plastic looking) is some sort of waterproofing as there is a gap between the battery and the surrounds which water may be able to pass through to get to the circuit board underneath if there was no cover and water penetrated past the watch's back cover. The rest of the watch's internal components as seen in the video seems to be covered but fortunately this doesn't have to be removed to replace the battery

The other components of the watch don't seem to be too near to the battery housing and seem to be covered fairly well so as long as you are careful and only touch what you have to to get to the battery then it should be OK.

As to why watchmakers won't handle it I don't know. Perhaps they're worried that the owner might complain that it is no longer waterproof as they mightn't have the specific parts necessary if it has to be replaced due to the back cover being removed having ruined it.

Also no watch would ever take AA batteries as they would make the watch too big ;-) Most watch batteries are small coin cell size. e.g. the battery in the video is a CR1632 i.e. 16mm x 3.2mm