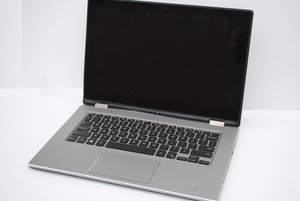 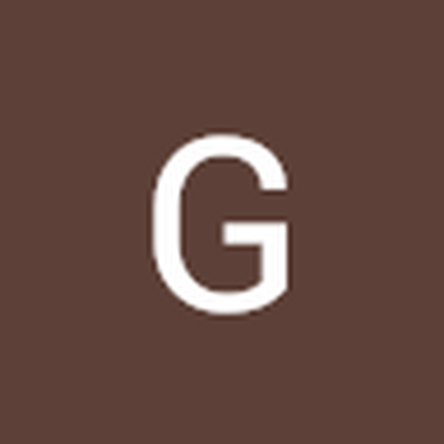 Hello, I have a refurbished dell 13 7000 series laptop. Therefore it does not have a service tag sticker on the bottom. My problem(s) is the DC power Jack/receptacle broke off the Motherboard when I attempted to plug in a new replacement DC short cable. The Jack off the MB went into outer space somewhere to be never found.

Can I order a replacement DC MB Jack receptacle and solder it in the place of the missing one? If so do you know where I can purchase one? Or can I cut the plug off the Jack cable and solder the wires straight to the MB? If so where can I find the position placement of each wire? Does the DC MB Jack have pin holes where to desolder, drop in replacement Jack then resolder?

If not then can the Jack cable end be cut off and solder the wires straight to the top of the MB? There is very little space between the pin positions on the MB in relation to each other so from top would be impossible for a shaky hand like mine. Maybe electric contact glue? I fear the distance between the pins on the MB will not allow any type of repair from the top side.

I ordered two used MB’s from eBay and both were defective, one video, one keyboard so I am sorta shy to try again. Being a disabled senior on a very limited income I can’t afford a new MB or the $129 + ones. I had to save to buy the Jack cord and a new battery now the battery is down and no way to charge it. I hope it is still good but if not I will use the laptop on AC and save up for another battery.

I spent quite sometime in the hospital and finally came home and after a period of time gained enough strength to tackle this endeavor. The laptop worked fine until the Jack broke off so the Jack and possibly another battery and I am good to go.

Thanks in advance for any and all suggestions or recommendations.

I'm assuming you are talking about the white connector on the motherboard as shown:

if so you must have used a lot of force. They are standard parts so perhaps browse through electronic supply web site for one the same size. Or you could try asking these people:

Failing that, I would advise trying to find a local tech who would be happy to help a senior.

Glen you just posted as an answer when it is a comment or question.

Any how, just ask around. There must be people near you. Cars need circuit repairs all the time. It is a very simple job. Just align the male connector with the solder pads. TAKE A PHOTO - several. Do the other dud boards not have similar connector to scavange from?

Yes Mike the off white color Jack where the Jack cable plugs onto the MB if I knew for certain the board had holes for the Jack to rest and touch the traces I would attempt to silver solder the wires directly to the MB. I have though about this a thousand times while at kidney dialysis 3 days a week. I argue with myself, well it ain’t any good as is so go for it then oh no I might screw things up beyond repair. The spaces between the pin placement are extremely close. I wondered if that’s the reason for the failure. I speculated being that close the solder machine in China can not apply enough solder to support a old f*rt like me shoving and pushing on it. Thanks Mike.

Thanks Mike, I just attempted to replace the Jack cable and the on board Jack popped off. I may have pushed too hard and that could have popped it off. [br]

unfortunately I was outside in the sunlight where I had sufficient light to see what I was doing, the thing is either in the grass or on Mars with the craft we just landed. I searched the grass but no luck and at my age I would not make it to Mars and back to retrieve it.

I did check around some on the web and parts people but they did not have any and appears they never did or will. I guess today’s throw away society it is proper to just replace the MB and be done with it. [br]

But with my health conditions I can’t afford to purchase a new MB and the used are from $129 up on eBay.

On my income I can not afford all the meds I am scripted so I will have a hard time justifying $129 for a MB and most likely a new battery as the new one I purchased at the time I purchased the Jack cord will not power up the computer so it’s probably bad and doubtful it will recover lithium battery’s are not designed to discharge 100% then stay there for ? days.

Regarding taking it in for a tech to look at it I had my Daughter take it by one place and they said it was time for a new one. Well that ain’t happening, back in the 80’s and early 90’s I did computer repair and built dozens for companies so I know (what I haven’t forgot) a little about computers. [br]

Things have mostly certainly changed since then most for the better but a few for the worse .

I reside in a rural area of Mississippi so electronic techs are not common just replace not repair folks. [br]

A steady hand with soldering experience could solder the wires directly to the MB but it won’t be me, I shake like a California quake. And I will need the pin position so to know where each wire goes. I had no luck in finding that on the web I suppose authorized dell repair shops will know but I haven’t a clue where one is in my area. Mostly looking for advice I wanted to hear but knowing I won’t.

I suppose I can downgrade the MB and replace it with a slower one. Back in my day AMD would outperform Intel in every respect on my benchmark test. Do they still do as well or better these days? [br]

This laptop was the top of the line in every respect when I purchased it it’s a I7-5500u @ 2.4 so down grading to a I5 if it will fit is probably my best option. Question, in my situation what would you do? [br]

I bought this knowing it would be the last laptop I would every buy so I had it loaded with all dell could put on it. Then after using dell finance (big mistake) and 3 year extended warranty (another big mistake) the machine was well over $2,200.

Thanks for your reply, to add insult to injury I had the screws on a piece of duct tape so not to lose them and while in the hospital my room at home was cleaned and they are gone. So that’s another $20 I would guess. Right now I am trying to charge the battery via HDMI from my tv, just hoping to save the battery.

Again thanks I really do appreciate it.