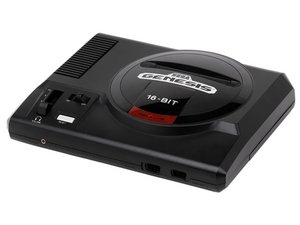 The Sega Genesis (also known as the Mega Drive) is Sega's most successful video game console.

I recently got HD Retrovision Y Pb Pr Component Cables for my Sega Genesis Model 1, which I had previously only ever used RF on. When using the Component cables, I got this weird horizontal smearing effect that you can see in the pictures. It looked beautiful on RF (well, as beautiful as RF can look), so I expect it’s either something wrong with the 9 pin AV jack on the Genesis, since RF has a separate jack. This image was being displayed on a modern flat screen through a RetroTINK 2x Pro, but I ruled that and the TV out as causing an issue, since it looked the same when plugged directly into my older TV with component inputs. Do you think there is is something wrong with the cables? Or something wrong with the AV jack on the Genesis, which I had never used before? Like is one of the pins rusty or something? 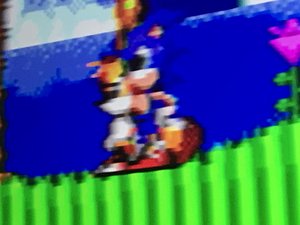 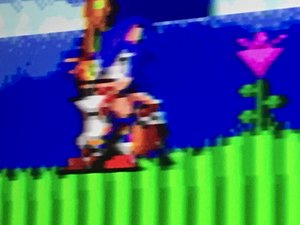 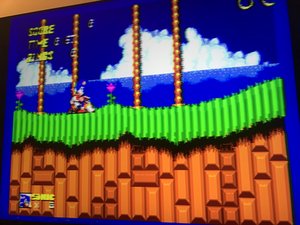